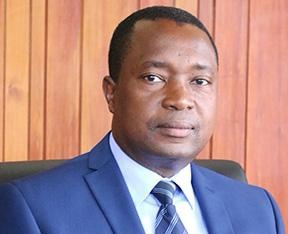 In a statement this morning, Malawi Police Spokesperson James Kadadzera says the law enforcers have also arrested former Minister of Local Government Ben Phiri as the registered owner of Beata Investments over fraud and corruption at Ministry of Gender between 2018 and 2020.

According to Kadadzera, it is suspected that Kabambe and Mwanamvekha committed an offence of abuse of office and procured the commission of an offence of fraudulent false accounting contrary to section 335(A) of the penal code.

“The two, while serving as Minister of Finance and Reserve Bank Governor respectively procured and masterminded the falsification of Gross Liability and Net Reserve Base Returns with intent to make the International Monetary Fund believe that the Government of Malawi was meeting conditions connected to the extended credit facility. As a result of this scheme IMF suspended the said extended credit facility to the prejudice of innocent ordinary Malawians,” said Kadadzera.

He added that Police are also questioning Mwanamvekha over the sale of Malawi Savings Bank (MSB) in 2015. According to Kadadzera, the law enforcers also expect to make more arrests on the issue.

On Monday, Minister of Information Gospel Kazako and Attorney General Thabo Nyirenda warned that action will be taken against people who presented the cooked-up figures to International Monetary Fund and World Bank.

The two also warned that Government will investigate the sale of Malawi Savings Bank (MSB) which happened in 2015.

The bank was sold in 2015 for K9.6 billion during the Peter Mutharika administration. In the same year, government repaid about K6 billion in toxic loans on behalf of MSB defaulters including Mulli Brothers, with the belief that the borrowers will repay the money to government.