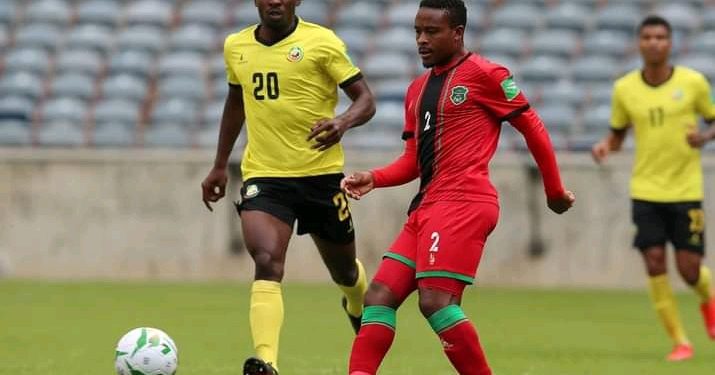 The Malawi National Football Team have finished bottom of Group D with three points in the 2022 FIFA World Cup qualifiers following a 1-0 defeat away to Mozambique at Matheu Kerekou Stadium in Benin on Tuesday afternoon.

Captain Limbikani Mzava scored a second half own goal to give the Mambas a win.

The first round between the two sides saw Malawi claiming a narrow 1-0 victory over their Neighbors at Orlando Stadium through a Richard Mbulu strike.

It was a dull match with both sides playing without intent but it was Mozambique who had created some few chances especially in the second half which they failed to convert into goals.

Malawi had no shot at goal in the entire 45 minutes though as Khuda Muyaba struggled to break the host’s defence.

The Mambas had a chance in the 35th minute but their forward blasted it over the crossbar for a goal kick and that was the only realistic chance they created which could have resulted into a goal.

In the second half, Malawi conceded in a similar fashion like how the Mozambicans conceded in that first round defeat.

The goal came in the 52nd minute through Mzava who failed to communicate well with Kakhobwe who left his line of duty, resulting into the defender heading the ball into his own net as he intended to pass it to the advanced goalkeeper, 1-0.

In the 59th minute, Mwase introduced Mbulu and Chester for Mkwate and Francisco Madinga to try to and add some fire power upfront in search of the much-needed goal.

Despite trailing, it was the same old Malawi which lacked the fighting spirit and failed to equalize despite creating three clear cut chances after the half hour-mark.

The defeat means the Flames have only managed a single win in six games, scoring two goals and conceding twelve goals.

Mwase’s men have only managed to keep a single clean sheet throughout the campaign.

With almost less than two months to go before the Africa Cup of Nations (Afcon) finals in Cameroun, Mwase needs to fix almost everything as goals are not coming, his defence keeps on leaking goals and the team has no first choice goalkeeper as Mwase changed a goalkeeper in almost each and every game in the qualifiers.

With the victory, Mozambique have dislodged Malawi in the third position with four points, a point above Mwase’ men.