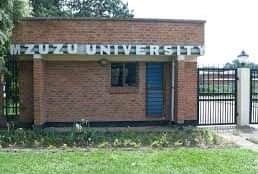 Malawi Metro can reveal that there are high possibilities that opening of second semester for 2020/2021 academic year is at stake due to unresolved dispute between MZUNI staff unions and university council over 12% salary increment directed by government.

In a letter dated 11th October, 2021 to the Principal Secretary of the Ministry of Labour, Skills and Innovations, MUASU and MUNASTU are reporting the dispute between them and MZUNI Council as it is alleged that MZUNI Council is adamant to honour the 12% increment directed.

It is reported that on 02nd September 2021, government through the Department of Statutory Corporations issued a directive of staff salaries increment with an average of 12% to all subverted parastatals. It is however stated that MZUNI has been adamant on this citing deficient funds as the increment was not part of this year`s budget.

According to the said letter, MZUNI Council has been given 21 days to act failing which an industrial action will follow which may likely affect the opening of second semester of 2020/2021 academic year. However, there are reports that Mzuzu University Council is discussing with government for a possible bail out claiming that the directive did not account for inavailability of funds for the increment. Interestingly, there are reports that University of Malawi has already implemented the increment in September 2021 salaries.

On the other hand, there are reports that MZUNI Heads of Departments are planning to hold examination results due to management`s failure to fulfil some of their contractual entitlements. However, there was no immediate comment from authorities as were going to the press. We will keep you updated.