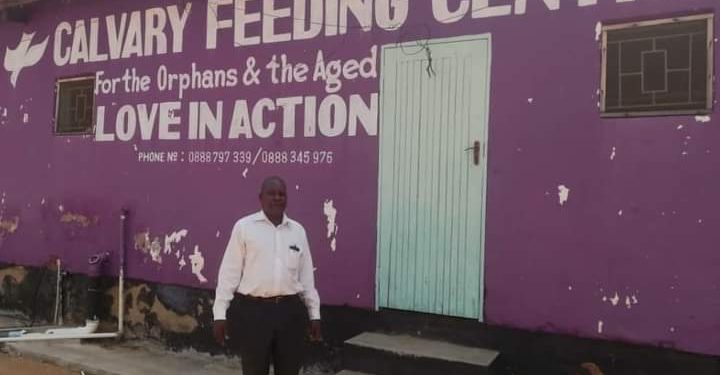 Close to 200 less privileged youths and elderly at Bangula’s Calvary Feeding Centre in Nsanje district have been rendered destitute following suspension of operations at the centre.

“We have 140 youths and 30 elderlies who we feed and spend around K1.6 million per month. So, following the message we received from our donor, we see no light through the tunnel,” he said.

One of the elderly persons from Group village Tambo in the area of Senior Chief Mbenje, Ndasanyika Ntchikuzamala said the withdrawal of the donor from continuing supporting the centre, led them to starving.

Ntchikuzamala said the centre has been feeding them twice a day since 2005 and they are now finding it difficult to cope up with the current situation. She has since asked government to immediately intervene.

Another elderly person, Lloyd Tchamfonda from Kaleso village in the same area said, they have no one to support them and that he regarded the place as his refuge.

He said he is jobless and could not afford to farm or doing any nature of business and further asked well-wishers to come in and bail them out.

Concurring with Tchamfonda was Owen Khizimani from Brighton village in the same area a learner at Bangula Primary School in standard 5.

He said: “To us, it feels like the world has come to an end. No hope, nothing! The place offered us some hope of brighter days ahead.”

He said the centre eased the burden his office had of looking after the under privileged youths and elderly in the district.

“Covid-19 has hit us the bad way! The situation hasn’t left any stone unturned in other places like Tiyamike Mulungu and Themoteos centre’s. And we don’t know how best we can assist these people who relied from these centres,” Salifu said.

According to Salifu, 10 percent of the population in Nsanje are the under privileged which means that the district has close to 30, 000 less privileged people.

Calvary Feeding Centre opened its doors in 2005. The centre has supported over 1000 beneficiaries through school bursaries, foods and other services using its seven permanent employees and 21 volunteers.