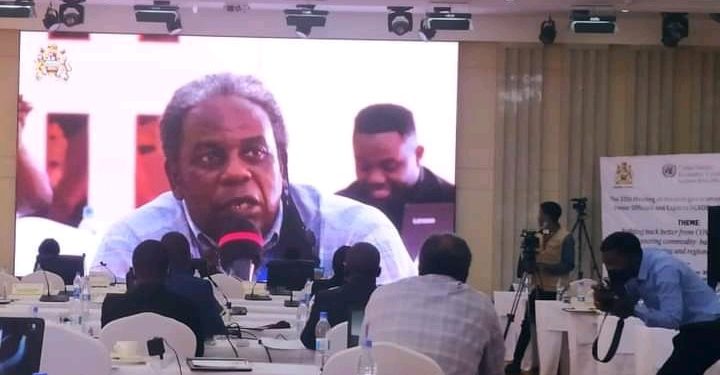 Delegates at a preparatory meeting for this year’s two-day intergovernmental committee of senior officials and experts of the UN Economic Commission for Africa are discussing issues on Agriculture value chains, linkages and information for countries across Southern Africa. The meeting is underway in Blantyre.

The delegates are also emphasising how best Governments can seize opportunities from the African Free Trade Area for the growth of their economies.

The two-day meeting begins this Wednesday, October 13 and will be the 27th session of the Intergovernmental Committee of Senior Officials and Experts (ICSOE) for Southern Africa.

It will be held under the theme building back better from COVID-19 in Southern Africa; fostering commodity-based industrialisation, manufacturing and regional value chains.
Malawi’s Minister of Finance, Felix Mlusu, Minister of the Kingdom of Lesotho, Thabo Sofoena and SADC Executive Secretary, Elias Mpedi Magosi are among those expected to attend either virtually or physically.

The committee was established to provide a forum for engagement on policy and program-related matters in each of the five sub-regions of Africa; Central, East, North, South and West.

Speaking earlier in the day, Director for the Commission in Southern Africa Eunice Gogo Kamwendo challenged national Governments to make the most of existing frameworks, for the growth of their economies.