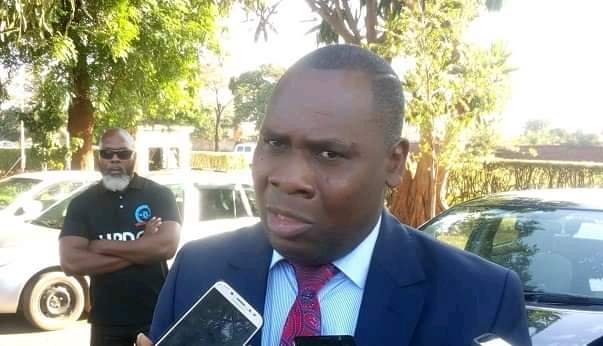 On 2nd October, Namalomba who is also DPP spokesperson, authored a statement in which he claimed that ACB wants to invade and search the former president’s house, personal phones and laptops. He said the search is contrary to the laws of the country under section 21(a) of the constitution.

His statement also alleged that in the past 12 months, the ACB has constantly persecuted Mutharika by freezing his bank accounts without coming out clearly with reasons why they did this.

Reacting to the development through a statement, Human Rights Defenders Coalition chairperson Gift Trapence described the statement by Hon Namalomba as reckless and not fitting the office that he holds as a chairperson of the parliamentary public accounts committee.

The human rights body accuse Namalomba of practicing partisan politics on a very serious issue of public interest and added that Malawians cannot entrust such a person to play an oversight role as PAC chairperson.

HRDC said it believes that keeping Namalomba on his position in Parliament will seriously compromise the integrity of the August house.

“As PAC chairperson, Hon. Namalomba ought to be cognizant of the fact that ACB, as an independent body, is legally mandated to carry out unhindered investigations on anyone in the country, regardless of their status or influence.

“What we find most disturbing and disappointing is that PAC, which Hon Namalomba chairs, holds an oversight role of public institutions such as the graft bursting body. Hence we find the contents of the unfortunate statement not only in bad faith but also in conflict of interest with the position he holds at parliament,” Reads in part the statement.

HRDC further said that the threats in the DPP’s statement are not only unacceptable but a relic of culture of disrespect for independent state organs.

Director General of ACB, Martha Chizuma, has since vowed that the graft bursting body will not be intimidated by the former ruling party’s call to stop probing Mutharika.

The anti-corruption Bureau has been probing the former president in relation to the cement saga and alleged abuse of his taxpayer’s identification number.