Bullets, Wanderers to be fined for Supporters’ hooligan behaviour 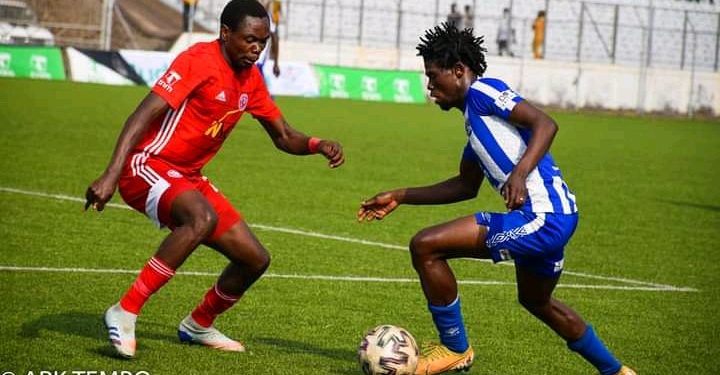 Arch rivals and football giants on Malawi soil, Nyasa Big Bullets and Mighty Wanderers will be fined by the Super League of Malawi (SULOM) following misconduct of their supporters during the 2021 season second round derby.

The derby was played on Sunday at the Kamuzu Stadium in Blantyre and Vincent Nyangulu’s first half goal saw the nomads registering victory over their arch rivals as the match ended 0-1 in their favour.

Yamikani Chester cherishes the Man of the Match accolade. The win broke two records namely that Bullets were unbeaten at home Kamuzu Stadium for close to eight seasons and that Wanderers had not beaten the people’s team, as it is fondly called, for close to nine seasons.

There was a moment in the second half when goalkeeper Richard Chipuwa for Wanderers employed delaying tactics as he took time to take a goal kick knowing his side was leading until referee Evidence Kananji handed him a yellow card. At this point in time, Bullets fans started pelting stones at him. He had to run away from his goal area until two Bullets players went to calm them down and throw away stones that had landed on the artificial turf.

Part of the action
When referee Evidence Kananji blew the final whistle to mark the end of the match, Wanderers fans invaded the pitch to celebrate their victory. This was a violation of laws governing the administration of super league football in the country.

SULOM General Secretary, Williams Banda, confirmed to the local media that both clubs had cases to answer.

“Rules have to be followed always. We saw some fans pelting stones onto the pitch. We also saw some fans invading the pitch to celebrate victory. This is against our governing rules. Our disciplinary committee will sit down and take action,” explained Banda.

Tags: BulletsWanderers to be fined for Supporters hooligan behavior