Man allegedly woke up, screamed in Kenyan morgue after doctors declared him dead 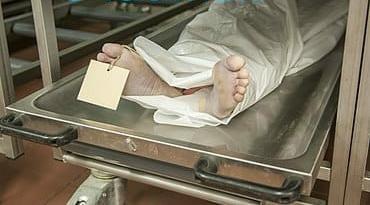 Authorities in Kenya have launched investigations into an incident where a man allegedly woke up and started screaming inside a morgue moments after he was declared dead.

The victim, identified as Peter Kigen had been declared dead by doctors at Kapkatet hospital in Kericho County before his body was taken to the mortuary.

He is said to have woken up while morgue attendants were cutting part of his body in preparation to preserve the body.

The cut inflicted a lot of pain on him that he wailed so loudly attracting the attention of those who were outside.

The matter was brought to the attention of the Senate Committee on Health which on Tuesday, September 14, kicked off investigations to establish whether the hospital was negligent and if his family should be compensated.

The victim reportedly passed on a day after the incident and plans to summon Dr Titus Ngululu who conducted the postmortem are underway.

“The report on the death of Kigen was misleading and there is a possibility that Dr Ngululu excluded very sensitive information after the wrongful declaration that he was already dead,” Senator Abdullahi Ali said.

The senators suspect that morgue preservation chemicals might have led to his death thereafter.

Cases of medical negligence have been on the increase in the country in the recent past.
It is on this argument that Kenya Medical Practitioners and Dentist Council (KMPDC) Boss Daniel Yumbya was asked to explain reasons as to why the negligence was on the increase.

Yumbya said that since January 1, the agency had recorded 62 cases of medical negligence in 2021 compared to 79 filed last year.

“The council has so far heard and determined 1172 cases while 130 of them are still pending,” he said.