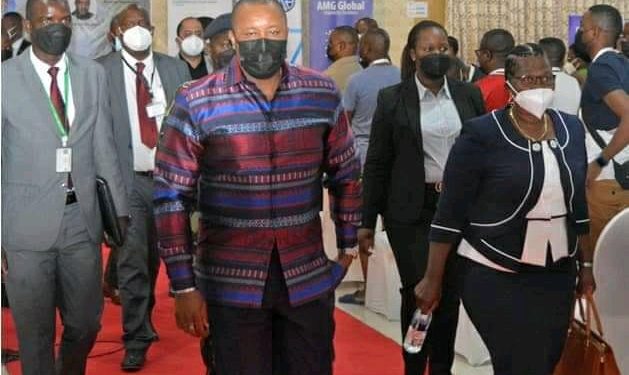 The story of civil servant extraordinary Rowland Ngosi, an Accountant who was among the seven survivors after a boat they were traveling in from Nkhatabay to Karonga sank in July 1946 but managed to deliver salaries he was carrying for civil servants in Karonga, Rumphi and Chitipa – excited and challenged Accountants at the ICAM conference in Mangochi yesterday.

Delivering the story emotionally, Chilima told the Accountants that every time they were tempted to steal – they must ask themselves what would have Rowland Ngosi done?

The story goes that one morning in July 1946, Ngosi set off from Mzuzu to Nkhatabay to board the Viphya while carrying a bag full of salaries for civil servants in Rumphi, Karonga and Chitipa.

But as fate would have it, while approaching what is now called Chitimba – the boat carrying 145 people – sank. Only seven survived including Mr. Ngosi who swam across with the bag and money intact.

“That year, each and every civil servant in those three districts were paid their salaries. This is what is called integrity,” said Chilima.

As soon as Chilima said; “I am not sure what would have happened if this was today,” everyone in the room went into stitches and started shaking their heads concluding that the salaries wouldn’t have been delivered.

The Vice President said moving foward ICAM could consider naming one of its conferences from the great Rowland Ngosi who only got a promotion for what he had done.

Speaking about the conference, Chilima said if Malawi is to remain steady on her road to development and implementation of the MW2063 development blue print, the country needs Accountants who are gatekeepers of resources and not conduits of fraud and corruption.

Vice President Saulos Chilima made the remarks on Thursday in Mangochi when he delivered an opening statement at the Institute of Chartered Accountants in Malawi (ICAM) conference.

“If Accountants are not the forefront safeguarding our economy, then who will?
Procrastination is the thief of time. Rise
and defend the noble profession today
and not tomorrow,” Chilima said.