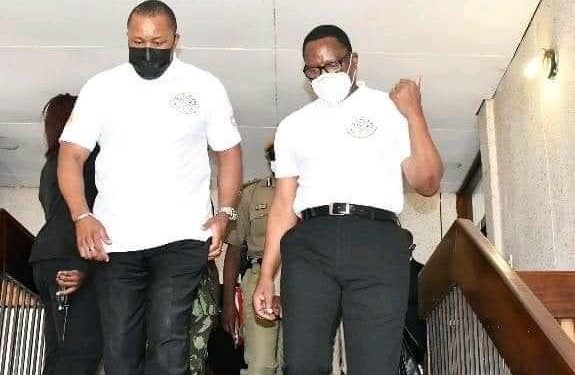 His Excellency Dr. Lazarus McCarthy Chakwera, President of the Republic of Malawi, has stormed through the Department of Human Resource Management and Development (DHRMD) at Capital Hill to demand answers and call officials to account for the chronic delays in remitting salaries to public servants.

President Chakwera was coming from the launch of a nutrition campaign at Bingu International Convention Center (BICC), when he directed his motorcade to take him to Capital Hill instead of State House.

Upon arrival, the President visited two offices to ask the civil servants there if they had received their August salaries. From there, His Excellency proceeded to DHRMD, the department responsible, to interrogate the Controlling Officer and express his great dissatisfaction with the delays, the malaise shown by those responsible for resolving the problem, and the excuses given for failing to do so for months.

During the surprise visit, His Excellency was accompanied by the Vice President, Right Honorable Dr. Saulos Klaus Chilima, who is also Minister Responsible for Public Sector Reforms, and Mr. Zanga-Zanga Chikhosi, who is the Secretary to the President and Cabinet.

President Chakwera has since demanded that a report on the problem and the remedial measures to be taken to urgently resolve it be put on his desk tomorrow for his continued intervention.