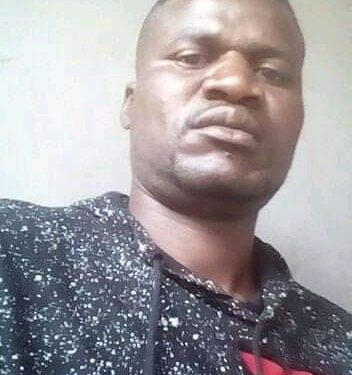 At a time when Zimbabwe is still to come to terms with the death of 14-year-old Anna Machaya due to labour complications in Marange recently, another 13-year-old has reportedly been taken as a fourth wife of a 35-year-old Johanne Marange Apostolic sect follower.

But following the chorus of discontent that erupted after the death of Annah Machaya in Marange, the people of Mushinye Village, Ward 8 in Muzarabani, have raised concern over the marriage.

Realising that the protests could result in him being arrested for marrying an under-age girl, Zonde, believed to be a vendor, is said to have whisked the young wife to St Mary’s, Chitungwiza.

Information on the marriage is being closely guarded by members of the community, which comprises mostly of the Apostolic sect members. The Herald visited the homestead of Zonde’s parents and interviewed family members with assistance from ward councillor, Alderman Norman Chizeya. Zonde’s father, Samuel Zonde, confirmed the marriage.

“It is true (that he married). He took the girl and went with her to Harare. He thought that nothing would happen. “He had no idea the case will stir a lot of interest. “Most of the people talking about this issue are fighting my family,” he said.

The father added that there were no problems with the in-laws, and they are not opening up about the case to strangers. All the other three wives are at Zonde’s father’s homestead. When The Herald later visited the homestead of the girl’s parents, no one was home and all doors were locked.

A villager who spoke on condition of anonymity said the community was angered by the marriage of Maria, adding that the girl’s parents never spoke against the marriage or reported the matter to police, indicating they agreed to the union.

“To people, they are denying that she is married but we know that she eloped to the 35-year-old as the fourth wife. Her mother is at the forefront of the arranged marriage,” he said.

“Initially, he wanted to marry the girl’s sister, but he was beaten to her by another church member who came first and married her. Since the community started probing the issue, his cellphones are not reachable.”

Alderman Chizeya said the girl’s case was heartbreaking, and one of the many cases that go unrecorded. He added that ending child marriages was key to achieving Vision 2030 and the police must follow-up on where the child was taken and take her back home so that she continues with education.

“The parents are involved and they must be held accountable. We must lead by example and we don’t tolerate child marriages,” he said. Village head, Mr Noahs Mashinye, said he was unaware of the marriage as the parties never approached him, although he has heard the rumour.

“I receive reports of such cases and we don’t tolerate child marriages. I hear about the case in the grapevine but I don’t deal with hearsay,” said. Mr Mashinye. “We work closely with councillors, health officers and the neighbourhood watch members.

“The people involved (the husband and wife) never approached me. The alleged perpetrator does not stay in the village as he is based in Harare.” Chief Muzarabani, born Alphonse Chuzu, said he had no idea about the case because such incidents were treated as top “secrets”.

The chief confirmed that child marriages among the Marange Apostolic sect were rife, adding that they had become a “culture”, among sect members. Married women in the sect allegedly sweet-talk young girls to join the marriage and become co-wives, said the chief.

Chief Muzarabani added there was need to engage the church leader since he is revered, so that he could be encouraged to change the harmful practices happening within the church.