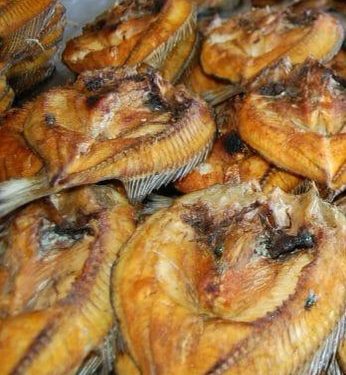 Malawi is failing to meet its annual domestic fish demand estimated in excess of 20 000 tonnes, due to lack access to quality inputs, a cost-benefit analysis of national resource management in Malawi has shown.

The report by the National Planning Commission’s Malawi Priorities Project, with technical assistance from the Copenhagen Consensus Center and African Institute for Development Policy (Malawi) shows that to meet the demand, Malawi has resorted to importing fish from neighbouring countries.

Foreign fish dominates the market
Reads the report in part: “Smallholder farmers, lacking required finance, can only perform pond-based production in upland locations. Productivity for most small holder farmers is low, averaging about one metric tonne per hectare compared to a potential of six tonnes per hectare.

“Non-existence of aggregation arrangements among smallholder farmers make them not having access to urban markets and sell fish locally at a lower price.”

According to the report, fish imports from Zambia alone was estimated to average 800 tonnes a year by April 2020.

In its Aquaculture Sector Strategy for Malawi, the Commercial Agriculture for Smallholders and Agribusiness (Casa) observed that Zambia’s prominence has considerable implications for Malawi because of its significant investment in inputs and fish production infrastructure.

In addition, Malawi imports some fish from Zambia, which competes with local production. Pursuant to the relevant trade protocols under the Southern Africa Development Commission Agreement on Trade, fish are imported duty-free into Malawi, while fish feed imports into Malawi are subject to value added tax.

Treasury figures show that annual fish production has been fluctuating with an increasing trend over the years, from 95 724 MT compared to 170 844 MT in 2020.

Earlier, the Department of Fisheries director Friday Njaya said the discovery of the disease moved government and relevant stakeholders in aquaculture to take action to contain and prevent its spread.