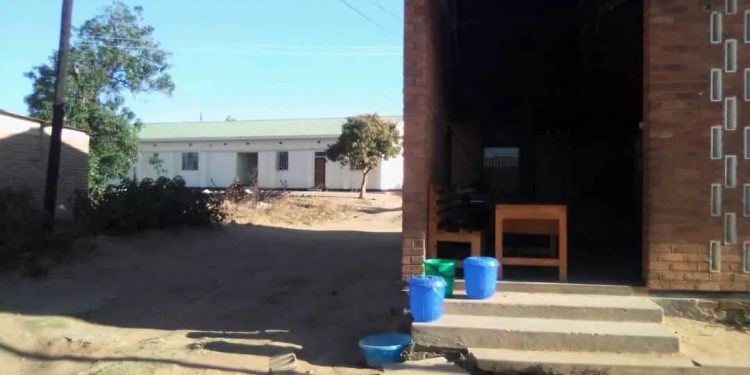 For over three months now, a health centre that covers a catchment area of over 30 thousand people has run without reliable source of water; a borehole, a tap or even a well, at the peak of the Covid-19 pandemic, learn more why.

The facility, Mpherembe Health Centre, which is located in Traditional Authority (T/A) Mpherembe in the northern part of Mzimba district is one public facility whose regulars are mostly villagers from within its  catchment area.

According to officer-in-charge, at the facilty, Marshall Mwenefumbo, the situation at the hospital is quite deplorable as Malawi, just like all the countries across the world, is hard hit by the global pandemic of Covid-19 which demands people to regularly use water to wash their hands as a way of preventing the virus.

“There was a borehole which was functioning properly, but instead of drilling another borehole, to fix  the water pump which  was getting broken on and off until now it has completely got broken 3 months ago, they removed the borehole and replaced it with a water pump that was the mistake they did. Unfortunately I was not there when they were doing that, I’m told  it was a project by world vision but when contacted they say they have handed over the project to government,” lamented Mwenefumbo.

While admitting knowledge of the situation, District Health Officer (DHO) fro Mzimba North, Dr Naomi Mwalwafu, said she is aware of the situation, but at the moment, the district does not have money to service the faulty water pump at the facility.

Dr Mwalwafu explained: “We are aware of the situation. Actually, the problem at Mpherembe has been on and off. So, for the past three months, it was something to do with water pump. So, we were working hand in hand with the MP for that side, Honourable Billy Kaunda. So, at first he offered to support and yes, the pump was taken to Lilongwe so that they could fix it if it had a fault.

“So, after seeing it; at first they thought it was a simple problem which they could fix quickly. However, it was discovered that the problem was huge, so a solution is just to source another pump, but we currently don’t have money.”

Efforts to draw Billy Kaunda’s sentiments on the matter yielded scanty results as he just referred the reporter to a Mr Mangulenje, who is said to be the administrator at the DHO who referred the reporter back to Dr Mwalwafu, saying she was the right point of contact to respond to a questionnaire.

However, while commenting on the situation, health rights activist, George Jobe, wondered why the responsible ministry and other relevant stakeholders are failing to fix the problem at the facility once and for all at a time Malawi is reeling from Covid-19 whose one of the preventive measures is regular hand washing; which needs water.

Mpherembe Health Centre, one of the fewest public facilities in the vast Mzimba North district, was officially opened in 1990 and it serves a population of at least 30 thousand people.

Tags: Mpherembe Health Centre operates for over 3 months without water amid Covid-19