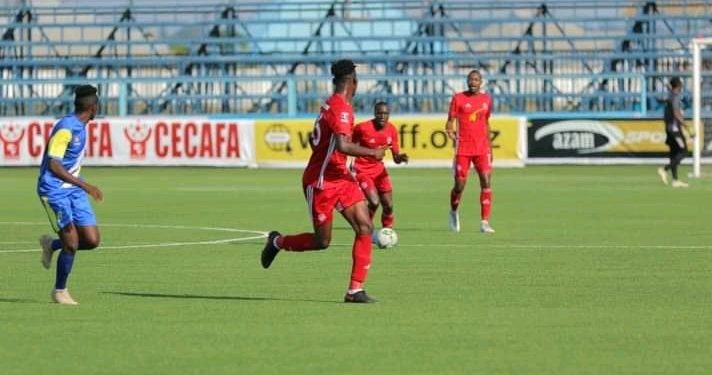 Football Association of Malawi (FAM) says it is still discussing with Confederation of African Football (CAF) to consider re-assessing Bingu National Stadium, which the continental football government condemned as not fit to host the Flames’ 2022 FIFA World Cup qualifiers.

FAM’s appeal on the stadium ban — from which it expects a firm answer by the end of the week — comes on the assurance made by Ministry of Youth & Sports to CAF that it has identified resources from Malawi National Council of Sports to finalize the renovations by August 17 as per the pledge it made to the CAF inspection team that visited the country on August 1-2.

“We have engaged an extra gear in rehabilitating the pitch ahead of a second assessment,” Gunda is quoted as saying by Fam.mw. “We still have hope the decision can be reversed.

Bingu National Stadium in Lilongwe
“Even if the appeal fails we will ensure the pitch is in good condition for the October window.”

After CAF ordered FAM to chose an alternative venue for the Flames outside Malawi, the association is considering choosing South Africa because the Rainbow country provides the best and convenient options in terms of match organization and team logistics.

Gunda told Fam.mw that they were looking at a number of countries within the region but the cost benefit analysis favoured South Africa.

“This will be the first time that we are hosting an official match outside our jurisdiction,” he is quoted as saying. “It will not be an easy task considering the match organization protocols for matches of this nature but also considering that host FA’s in the countries will be busy with their own matches.

“For South Africa, it will be much easier because we will work with COSAFA and leverage on their experience and connections for assistance with match organization as well as negotiations for better rates of match venue, training facilities, service providers, accommodation, meals and travel.

“Cost of camping in South Africa will be manageable and the country provides the best facilities in terms of training, match venues and hotels which will ensure the welfare of our team is not affected.

“Playing outside will be costly and we need to significantly manage costs. Playing in South Africa is cost effective from airfares point of view as most of our players are based in South Africa.

“So we will save a lot on air tickets than playing in another country,” Gunda said, adding that FAM is yet to finalise on the stadium where Flames will host Mozambique on September 7, but hinted it will be in Johannesburg.

“We are still finalizing with the venue owners but we have a number of options in Johannesburg. We will soon announce the stadium,” Gunda told Fam.mw.

Meanwhile, in a letter to CAF from Secretary for Youth & Sports, Oliver Kumbambe sent on Friday, August 6, has since requested CAF to reconsider the decision to ban Bingu Stadium — assuring of completing the renovations by next Tuesday.

Kumbambe said the state that the CAF inspection team found Bingu Stadium was much better than it was but was rehabilitated back health within 3-4 weeks.

“The stadium deteriorated from January to April 2021 because it was used as a CoVID-19 Field Hospital due to the alarming CoVID-19 cases that were prevailing at that time and could not be accommodated in the existing hospitals.

“During this time, the stadium was closed for all sports events and no one was allowed to go and work there because it was a restricted area.

“When the cases reduced, we quickly started renovating the stadium in preparation for the World Cup qualifier matches and a lot of resources have already been utilized for this purpose.”

Kumbambe assured CAF that the Government “has already initiated and will continue the renovation program and the acquisition of all stadium equipment in accordance with CAF’s remarks within two weeks as pledged during inspection”.