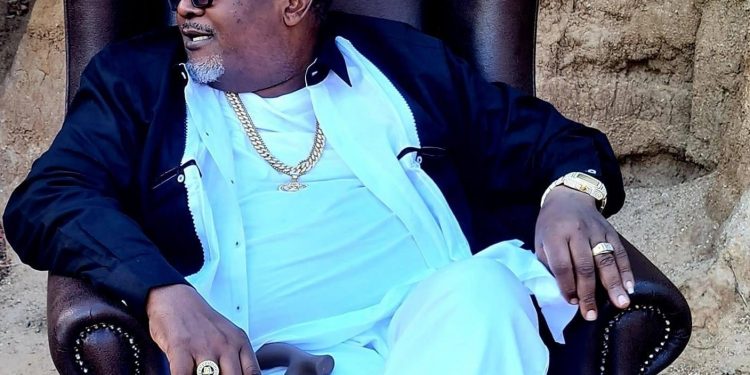 Veteran musician and Zembani Band owner, Lucius Banda says he will be shifting from secular to gospel music to fulfill his commitment he made to serving God.

Lucius disclosed this during an exclusive interview alongside his son, Johnny, on Television during which the veteran musician premiered the video for his latest gospel song titled “Ndinu Yemweyo”.

The musician, who is also the Presidential Advisor Youth Affairs, claimed to have made the commitment last year before he was diagnosed with kidney failure, which kept him out of the spotlight for some time now.

“I made the commitment to myself long before I got sick that by the time, I hit 50 years old I should be serving the Lord.

I feel the time is now.

It will mean a change in many things.

“Instead of making money during the festival season, hopping from one night club to another, I decided to join brothers and sisters in worship.
“It was the first time for me to end a year and start another while in Church. To be honest it feels great, and I wish I knew earlier.

I thank God for reaching out to through Prophet P Gondwe, who invited me to the overnight prayers,” explained Lucius, also known as Soldier.

On his illness, Lucius stated that he is getting stronger and stronger each and every day.

“I am so grateful for what God is doing in my life. He will surely finish what he has started. I keep thanking each and every one who is supporting me and my family in prayer and financially the love and support me and my family is receiving is so overwhelming. People from all walks of life, within and beyond the borders,” said Lucius.

He, therefore, said that he will no longer be performing with Zembani Band with his son taking over the leadership from him.
On his part, Johnny claimed that he is ready to lead the band, stating that his dad groomed him for this role for a while.

“It is not like it has just started now. I feel ready more than ever to lead the band. My immediate tasks will be leading the group during this year’s Sand Music Festival slated for this October,” said Johnny.