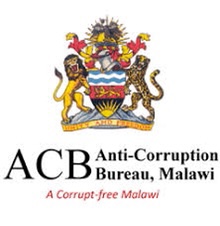 The Football Association of Malawi says it will refer for investigations to the Anti-Corruption Bureau (ACB) allegations of corruption and match fixing in Malawi football as stated by referee Arthur Chilimba.

Chilimba who was slapped with 36-month [three-year] ban for soliciting funds has been in the news this week for stating he would hold a media briefing meant to reveal culprits of match fixing.

But FAM has in a statement said it held a meeting with the referee yesterday where he presented the claims.

‘’FAM is concerned with the allegations of corruption and match fixing practices and it condemns such malpractices in the strongest sense because they are a threat to the integrity of the beautiful game. Following the tip that has been made available, FAM is determined to get to the bottom of the matter by using appropriate channels.’’ Reads the statement signed by General Secretary for the FA, Alfred Gunda.

‘’Corruption is criminal in nature, and therefore FAM will refer the matter to ACB, which is the competent body with powers to investigate matters of this nature. In this regard, FAM will take advantage of the long-standing collaboration it has with ACB on corruption and match fixing which dates back to 2012, to probe the matter. FAM further commits to ACB to provide all the necessary support to make the exercise successful.’’ said Gunda in the statement.

Meanwhile, according to Gunda, in an attempt to address the current problems with match officiating, FAM will through its Referees Standing Committee embark on an exercise to review its internal processes and systems in order to improve the status quo.