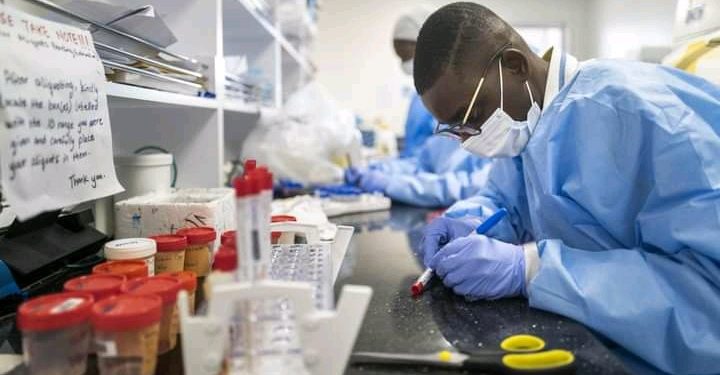 The number is just shy of the 6,294 peak, recorded in January.

Reaching ‘breaking point’
“Deaths have climbed steeply for the past five weeks. This is a clear warning sign that hospitals in the most impacted countries are reaching a breaking point,” said Dr Matshidiso Moeti, WHO Regional Director for Africa.

Africa’s case fatality rate, which is the proportion of deaths among confirmed cases, stands at 2.6 per cent compared to the global average of 2.2 per cent.

Most of the recent deaths, or 83 per cent, occurred in Namibia, South Africa, Tunisia, Uganda and Zambia.

An additional one million cases were recorded over the past month, marking the shortest time to reach this grim milestone. Comparatively, it took roughly three months for cases to jump from four million to five million.

Delta, variants drive surge
The surge is being driven by public fatigue with key health measures and an increased spread of virus variants.

The Delta variant, the most transmissible, has been detected in 21 countries, while the Alpha and Beta variants have been found in more than 30 countries each.

Globally, there are four COVID-19 virus variants of concern.  On Wednesday, a WHO emergency committee meeting in Geneva warned of the “strong likelihood” of new and possibly more dangerous variants emerging and spreading.

The UN agency and partners are also delivering oxygen cylinders and other essential medical supplies, and have supported the manufacture and repair of oxygen production plants.

“The number one priority for African countries is boosting oxygen production to give critically ill patients a fighting chance,” Dr Moeti said. “Effective treatment is the last line of defence against COVID-19 and it must not crumble.”

The rising caseload comes amid inadequate vaccine supplies. So far, 52 million people in Africa have been inoculated, which is just 1.6 per cent of total COVID-19 vaccinations worldwide.

Meanwhile, roughly 1.5 per cent of the continent’s population, or 18 million people, are fully vaccinated, compared with over 50 per cent in some high-income countries.