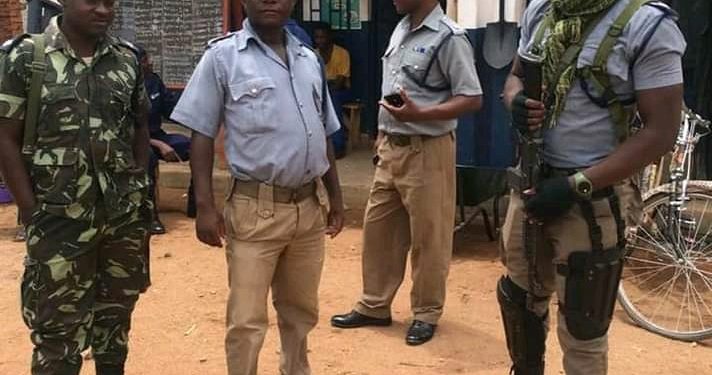 In a bid to protect poor farmers from exploitation, Mangochi Police Station sensitized the communities under Traditional Authorities Mponda and Ntonda on farmgate rules and regulations.

The team which was led by the Station’s Deputy Operations officer lnspector lsaac Ntalimaja aimed at briefing local farmers in the enforcement of farm-gate rules and regulations.

Speaking to the masses, Ntalimanja advised the gathering of the minimum prices of various farm produce which the local farmers are supposed to sell.

He also elaborated issues to do with weighing scales recommended by the Malawi Bureau of Standards, valid licenses, and illegal exportation of farm produce in as far as farm-gate rules and regulations are concerned.

“Time has come for local farmers to benefit from their produce, do not be cheated and don’t allow vendors to buy your products less than the prices which government has put in place.

I also encourage you all to report to the nearest Police about these malpractices and anyone who will be found violating these regulations will face the arm of the law” added Karoti.

At Malenga trading centre one of the local farmers Raisa Awali commended the Police for the initiative.

She said that local farmers have been oppressed for so long and the information given will help them to enjoy the benefits from their produce.

The awareness will proceed for 20 days in all jurisdictions under Mangochi Police Station.