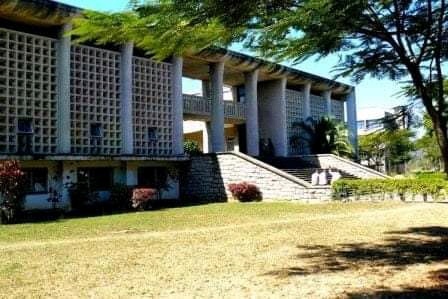 A child and youth motivated organisation, Mulelewaka Foundation, has written Judiciary expressing its concern over the manner in which the Blantyre Magistrate Court is handling a rape case involving a 17-year-old university student who was allegedly raped by a police officer whilst in custody.

The organisation, according to the letter dated July 10, 2021, and addressed to the registrar of the High Court of Malawi and Supreme Court of Appeal Gladys Gondwe, is worried that the case is taking far too long thereby causing more pain to the victim.

Members of Mulelewaka Foundation and the prosecution team during a previous court appearance.
The case had been delaying for several times since the trial started early this year and on July 5 this year, presiding magistrate Tsoka Banda was scheduled to deliver verdict but adjourned the matter at the eleventh hour.

The girl, a student at the Malawi University of Business and Applied Sciences (Mubas), is alleged to have been raped at Limbe Police Station by a police officer Andrew Chagaga, who the court found with a case to answer.

“It’s very disappointing that His Worship Tsoka Banda knew in advance that he will not be available on the day of delivery as he was at his home village but opted to remain quiet and not inform the victim or her lawyers.

“As was told earlier, the victim is tired and the trauma she suffered at the hands of the police is crippling her. She no longer feels safe to move around in fear of the police.

“After she was told of the adjournment, the victim was depressed, as of now she is sick and can’t even stand to walk. We, therefore, appeal to your office to take an initiative to ensure that judicial proceedings are done and this case should come to an end,” reads part of the letter to the judiciary.

Registrar of the High Court of Malawi and Supreme Court of Appeal Gladys Gondwe said she was yet to receive the letter.

“Am unable to comment on the issue because that letter has not yet reached my office,” she said.