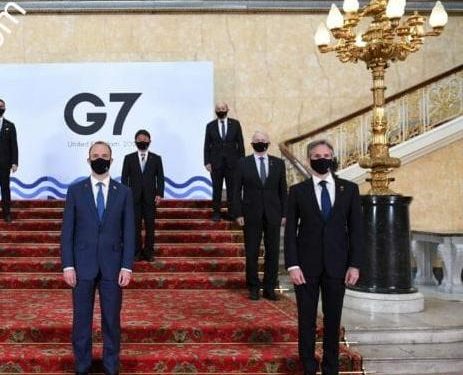 Malawi will be among African countries to benefit from an $80 billion fund which the G7 have committed to invest in the continent to help boost economies and jobs within the next five years.

The G7 Development Finance Institutions (DFIs) and other multilateral partners committed this week to channel resources towards the private sector growth in Africa.

In a statement, the group says the investment, set to roll out over the next five years, will see the G7 DFIs, including the United Kingdom (UK)’s CDC Group, support sustainable economic recovery and growth in Africa.Advertisement

Other investors include the World Bank’s International Finance Corporation, the African Development Bank, European Investment Bank and the European Bank for Reconstruction and Development.

“The investments will support the long-term development objectives of African economies, including those which have been negatively hit by the Covid pandemic,” the statement reads.

It is the first time the G7 DFIs have come together to make a collective partnership commitment to the African continent.Advertisement

The UK’s CDC Group invests in private sector businesses in Africa and South Asia, to bring about positive environmental, social and economic change.

According to the statement, the UK’s investments in Africa would, over the next five years, be drawn from existing capital and focus on renewable power, infrastructure, manufacturing, agriculture and technology sectors.

“These investments will collectively provide clean, reliable power to millions of people, give underserved markets better access to finance, and help create jobs and reduce poverty,” says the statement.

Ministry of Trade spokesperson Mayeso Msokera hailed the G7 commitment, saying the funds would help deepen the country’s investment and business cooperation with the group.

“We have always enjoyed a strong investment partnership with the G7 DFI group. For instance, UK Development Financing institutions have investments in Malawi’s agro-processing sectors such as macademia and green energy sectors like the solar photovoltaic project in the Salima.

“Still, our economy has potential areas open for more investment such as commercial agriculture, manufacturing, infrastructure and green energy just to mention but a few,” he said.