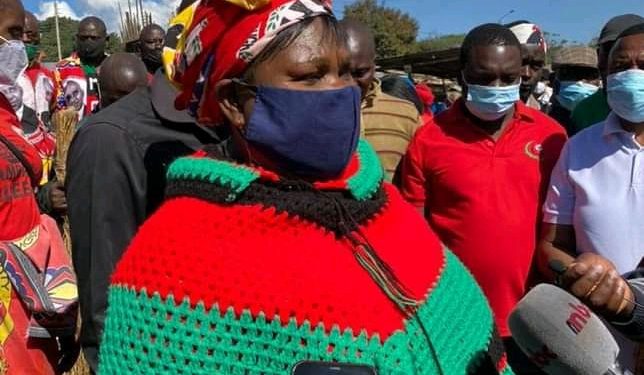 Malawi Congress Party women have taken part in a clean up exercise at Ndirande market as part of the clean up campaign for every second Friday of the Month which was introduced by President Dr Lazarus Chakwera .

They were joined by the Deputy Mayor for the City of Blantyre Councillor Joseph Makwinja.

Speaking to Malawi Metro News Update after the exercise Makwinja said despite a few challenges the City council has instituted an initiative to hire private vehicles to remove refuse from all the markets within the city.

He said the move would promote good sanitation within the city.

“Because there are too many markets where we need to collect refuse we decided to hire private vehicles to remove the rubbish. In two weeks time if you come back to this market all the rubbish will be gone,” said Makwinja.

The Deputy Mayor thanked the current administration for setting up the clean up campaign which has greatly helped their job of keeping the city clean.

The Deputy National Director of Women in MCP Florence Kanyoni said they decided to follow the example set by the State President by introducing the clean up campaign for every second Friday of the month.

She said the campaign is important because it promotes sanitation.

She then urged all party members to continue taking part in the campaign.