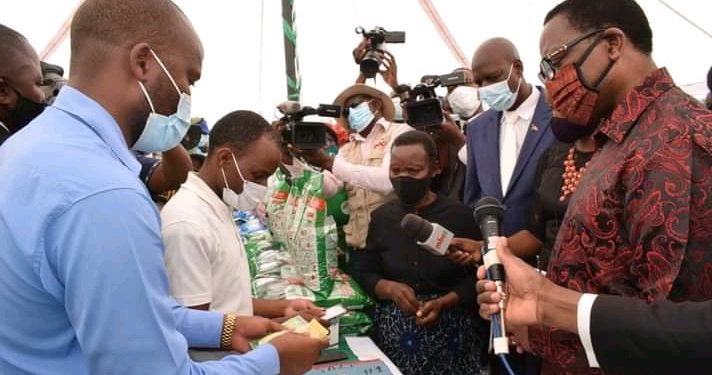 Pressure continues to mount on government to develop exit strategies for Affordable Farm Program – AIP as a new two organizations join the calls asking government to exit the program.

This comes as the Economic Association of Malawi through its 2021/2022 National Budget analysis report recommended that the program be dropped citing its unsustainability and it not being realistic as some reasons.

According to Lingalireni Mihowa Country Director for a Charity International Organization Oxfam Malawi, AIP is affecting the Agriculture Budget as 60 percent is allocated to the Program leaving out other good agricultural programs.

She said, AIP is unsustainable and a line must be drawn on when the program can be dropped.

On her Part, Beatrice Makwenda NASFAM’s Head of Policy and Communication said AIP has contributed to in-balance interms of crop diversification saying its target has always been on maize.

Meanwhile , Sameer Suleman, Chairperson of the Agriculture committee of Parliament has agreed with the idea saying Malawi cannot have AIP forever and exit ways should be developed.

According to Suleman, Malawi should start thinking of other programs that would help a farmer.