by Chaweya Mzembe
in International, Religion
0 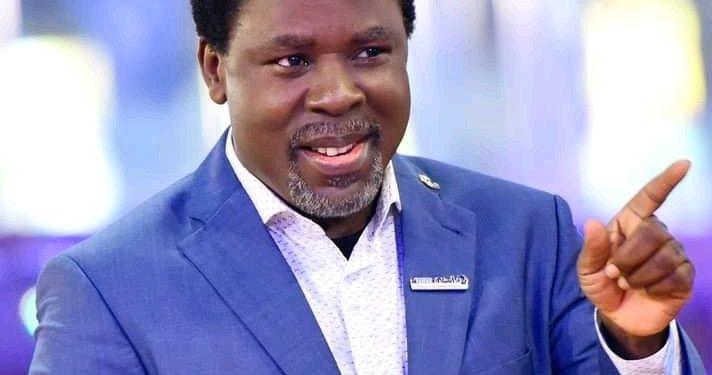 Three days after the demise of the founder of the Synagogue Church of All Nations, Pastor Temitope Joshua, his family members on Wednesday gathered in Lagos State to plan his burial.

Joshua died in Lagos on Sunday at the age of 57.

Speaking with our correspondent on the telephone on Tuesday, an uncle of the deceased, Alhaji Salisu Musa, said the burial date had not been decided by the family.

He said, “We (family members) have just arrived in Lagos; we are to hold a meeting to decide on the burial arrangement. As soon as we meet and decide, we shall let you know. “

Recall that the monarch of the hometown of the deceased, Arigidi Akoko in Akoko North Local Government Area of Ondo State, Oba Yisa Olanipekun, had appealed that the late SCOAN founder be buried in Arigidi Akoko.

Meanwhile, the monarch of Ibaram Akoko, Oba Olusegun Atibioke, has called on the Ondo State Government to consider immortalising the late cleric by naming an institution in the state after Joshua.

He also urged Balogun family to bury the late pastor in his hometown.