AN INDIAN MAN CHARGED FOR ASSAULT. 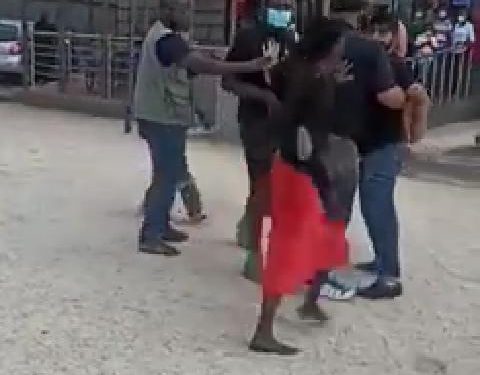 31-year-old KFC employee, Adil Patel, who is of Indian origin and is alleged to have assaulted a female guard at the company’s City Mall premises in Lilongwe, is appearing before the Lilongwe Magistrates Court.

He is answering charges of assault.

He is said to have committed the crime on June 5, 2021 and the video of the incident was widely shared on social media, which attracted mixed reactions from the public.

His lawyer, Oscar Taulo, has prayed for bail for his client by, among others, stressing that the accused, despite being from India, has a permanent home in Lilongwe and is married.

The State has not objected to the bail application but has asked for strick bail conditions, including not to interfere with the witness who is the victim herself, Outside the Court people were chanting that “Amajayila amwenye! Amajaila!!!!