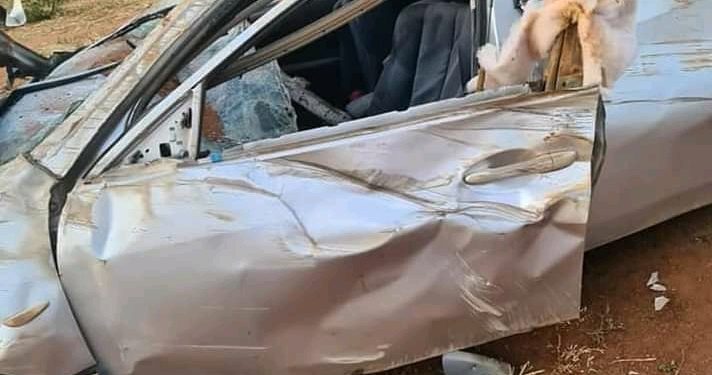 A man identified as Frank Zandida, 44, has died after being involved in a car road accident as the vehicle he boarded collided with another vehicle and overturned twice.

A vehicle, registration number NS 4481, Toyota Passo which was being driven by Jeremiah Julius, 24, of Nyamula Village, Traditional Authority Likoswe in Chiradzulu collided with the vehicle registration number 5101 Nissan Caravan minibus which Zandida had boarded in with twelve others. It was being driven by Elton Makaniankhondo, 46, of Gomile Village, Traditional Authority Makwangwala in Ntcheu from the direction of Chingeni heading Zalewa along Zalewa M1 Road.

On arrival at Thawale area, due to speeding, its rear tyre got burst and the driver lost control of it. It then collided with the on coming vehicle and due to the impact, it overturned twice and rested to the extreme nearside of the road.

Zandida sustained severe head injuries and was taken to Phalula Health Centre where he was pronounced dead whilst receiving treatment.

Postmortem results showed that his death was due to head injury as well as loss of blood.

Police in the district are appealing to road users to follow all road safety measures to avoid such accidents.