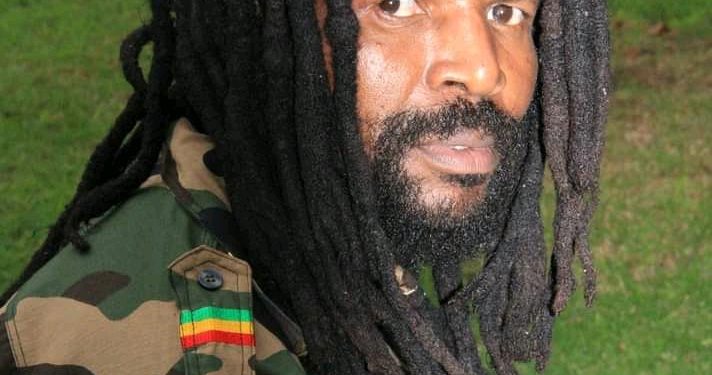 0
SHARES
163
VIEWS
Share on FacebookShare on TwitterShare on Whatsapp

Alleluya Band is set to back forgotten South African reggae musician Senzo Mthethwa, who is set to tour the country next month.

Senzo, who was popular in the 90s, returns to the country after sometime.

He was Lucky Dube’s contemporary until his sudden disappearance from the scene.

In 2016, organisers of Sand Music Festival had also indicated that he would perform at their festival but he failed.

Posters for the shows have already started flying.

This will not be the first time for the artist famed for songs such as ‘Irene’ and ‘Thank You’ to perform in the country as he has been here before.

Thomson Madulira of Thom’s Park Investment, who is bringing the reggae musician, confirmed on Monday that the musician is coming and that he will have a nationwide tour.

“It is true, I am bringing him. I am doing it alone but I have a team that I am working with on the ground,” Madulira said.

He said despite that the musician was popular in the 90s, they still feel people need to sample a variety of music.

“We thought we should bring some of these forgotten artists, his songs are still on the market and this is also a reminder to people that we have these legends,” Madulira said.

He maintained that they were serious with the shows and that Senzo will be in the country without fail.

“He will arrive in the country on June 8 and then we start shows on June 11 at Davido Lounge in Mangochi,” Madulira said.

The following day, the artist will perform at Club 24/7 in Blantyre and then Modern Park in Balaka District on June 13 2021.

“The following weekend we go to Chill Spot in Mchinji District and then Glalle Gardens in Lilongwe. After that we will invade Zalasambo Gardens in Salima District for the official opening,” Madulira said.

After this weekend, Madulira said they will storm Kasungu Culture Club and then Squirrels Park in Mzuzu before dating Planet Club in Karonga District.

“We want everyone to patronise his shows. The last time he was here he only performed in top cities. Again, most international artists do not reach out to other areas. The target is mostly Blantyre and Lilongwe but we want everyone to enjoy,” he said.

Madulira also said the entry fee in all the shows is fair.

“We realise that the situation is not that good at the moment as regards money and with Covid, we thought we should be fair on the entry fee,” he said.

The reggae artist is expected to be backed by Alleluya Band during the gigs that will also involve other acts such as veteran Giddes Chalamanda, Black Missionaries and Positive Yut.

Alleluya Band leader Paul Subiri confirmed they will back Senzo.

“We have already received all the songs from him. We were in a meeting over the issue and now we will start listening to all the songs and then train in them,” Subiri said.

He said this is not the first time that they will be backing Senzo as they did so during his visit last time.

“He came with his band but some of the members fell ill and we had to come in and back him up for the remaining five shows. Backing him means that promoters trust us,” he said.

The Balaka-based group has also backed artists such as Zambia’s General Kanene.