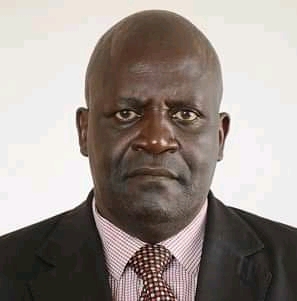 The Natural Resources and Climate Change Committee of Parliament has recommended the firing of the Malawi Energy Regulatory Authority (Mera) Board.

According to the Committee`s chairperson Werani Chilenga, the current fuel procurement standoff between Mera and National Oil Company of Malawi (Nocma) is being spearheaded by the interests of Mera Board not that of Malawians.

Chilenga, who was presenting a special Parliamentary Committee Report on the process of Procurement of fuel by Nocma and Mera in the august House, faulted Mera Board for being bias and executing its duties contrary to the expectations of people in the country.

“The Committee however is concerned that Mera’s action shows that it wants to prolong the delays in the procurement process of fuel. The Committee is therefore concerned that such acts are a recipe for a possible fuel crisis in the country which could translate that government has failed.

“The Committee is therefore concerned that Mera and some officials who are benefiting in the current saga may stir problems for the government,” reads the report in part submitted to the House.

The Chairperson has since proposed both the appointing authority and the Parliamentary Public Appointments Committee (PAC) to review Mera Board.

“The truth of the matter is that as a committee looking has been going on between Mera and Nocma and the period it has taken is too long and as a Committee we cannot allow this to go on and we are recommending Nocma to go ahead following the laws to do the procurement process.

“We have found that this Mera Board is not functioning its mandate to the interest of Malawians, it’s a biased Board, and we strong recommend its review either by PAC or the appointing authority,” said Chilenga.

In the report, the Committee has highlighted that Malawian transporters have been suffering due to the brokerage system that is not supported by any law.

It therefore recommends that Malawian Transporters should be allowed and supported by oil companies to operate without the brokerage system.

Ever since the stalemate, the process to procure fuel has taken over eight months instead of four months and some quarters have expressed fears that the current bickering between Mera and Nocma has the potential of causing serious fuel shortages in the country.