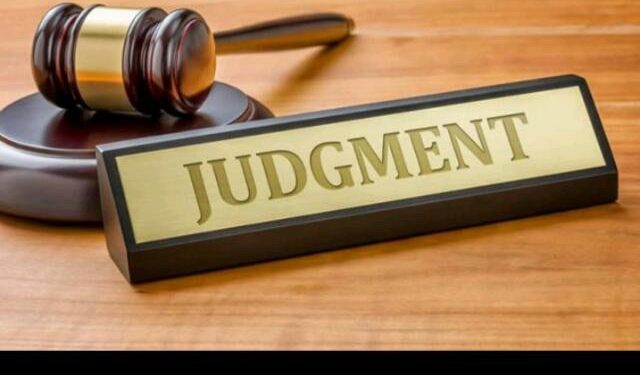 The court through the state prosecutor Assistant Superintendent Gradys Jentala heard that on March 7, 2021 at around 05:00 hours the mother to the victim left home for peace work and she left the victim with other three siblings to take care of them.

At around 13:00 hours the victim went to the house of Isaac asking for pumpkin leaves for the day’s meal.The accused allowed her to pluck the pumpkin leaves in his garden, whilst in the garden he grabbed her hand and told her not to shout. He undressed her and defile her. After being satisfied with his lust, Isaac gave the victim K150 and told her not to reveal to anyone.

Later in the evening, she explained to her mother who reported it to police where he was arrested and charged with defilement contrary to Section 138 of the Penal Code.

In court, Isaac pleaded not guilty to the charge leveled against him which forced the state to parade four witnesses to prove the case beyond reasonable doubt.

Assistant Superintendent Jentala asked the court to give him stiff punishment in order to deter other would be offenders.

First Grade Magestrate Anthony Banda concurred with the state prosecutor and sentenced the convict to 14 years imprisonment with hard labour.

Banda said the sentence would send a strong warning to others.

Isaac hails from Sakali Village in the area of Traditional Authority Chakhaza in Dowa District.