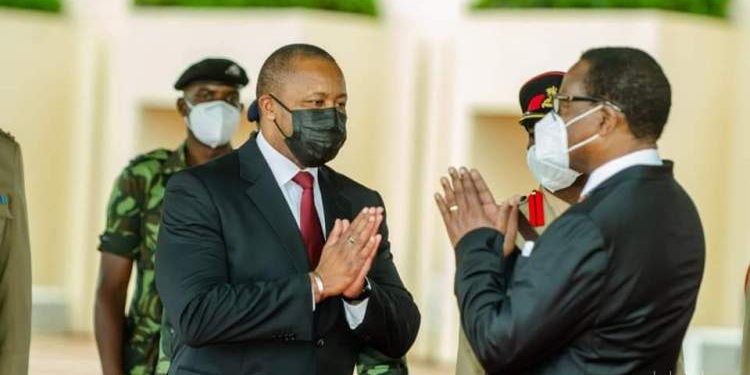 Following statements by Malawi Congress Party (MCP) officials that President Lazarus Chakwera will stand again in the 2025 president elections, UTM says its focus is on implementation of the Tonse Alliance’s campaign promises.

The party’s spokesperson Frank Mwenifumbo has told the local media that UTM is not currently expending it energies on elections.

“We are occupied with creating a very conducive environment for Dr Chakwera to implement and deliver what was promised. Matters of elections are not a priority now for UTM Party,” he told the Nation Newspaper.

Mwenifumbo was reacting to remarks by MCP campaign director Moses Kunkuyu that Chakwera will be on the ballot again in 2025.

Chakwera who is MCP president was elected last year after campaigning on a Tonse Alliance ticket.

UTM leader and Malawi Vice President Saulos Chilima told supporters during the campaign in 2020 that terms of the Tonse Alliance agreement included a provision that he will be the presidential candidate in future elections.

“We agreed that Dr Lazarus Chakwera will be the torchbearer in the 2020 fresh presidential elections. But in future, I will be the presidential candidate,” Chilima told a rally in May last year.

Last week, Kunkuyu told MCP supporters that Chakwera will be the party’s presidential candidate in the 2025 elections.

He backed his claim by arguing that the MCP constitution and the Malawi Constitution do not bar Chakwera from seeking a second term.

“I will say it again that yes the constitution of the party and that of the country do allow him to stand for another five-year term. If that is making someone a dictator, then it’s the Constitution that makes dictators by allowing them to stand for two terms,” he told Malawi Metro Online.

Analysts have since advised Chakwera and Chilima to ban officials of the two parties from making sensitive comments regarding the alliance’s torchbearer for the 2025 elections.