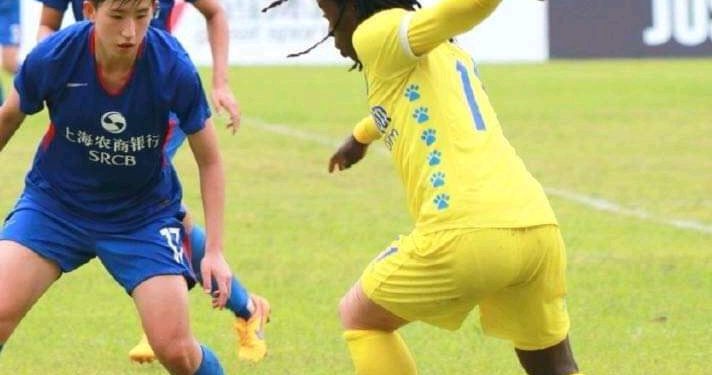 Temwa opened the score sheet in 17th minute of the game before Tabitha scored in the 30th minute, Temwa scored the second in the 47th minute,the other goals came from LV Yueyun in 43rd and Gu Yasha in the 63rd Minute.

Speaking after the match Tabitha said,She always feels happy when the sisters scores and she just thank God for the goals and everything he is doing to them.

Meanwhile the Scorchers captain, has wished good lucky to the scorchers under 20 as they will be starting camping in preparation for FIFA Women’s World Cup under 20 games.

Tabitha further said,she believes Malawi can produce a good women’s under 20 as the country has good players and talent.

“It is possible to beat Zambia and qualify to the World Cup”, she added.