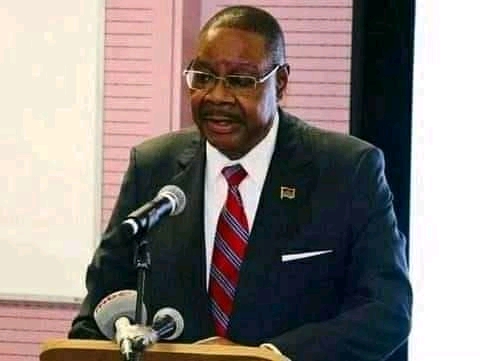 0
SHARES
170
VIEWS
Share on FacebookShare on TwitterShare on Whatsapp

Divisions have ensued in the opposition Democratic Progressive Party (DPP) on who should replace Symon Vuwa Kaunda as the party’s chief whip in the National Assembly.

This comes after Kaunda lost his parliamentary seat following a Supreme Court of Appeal ruling that quashed results of 2019 parliamentary elections for Nkhatabay Central Constituency.

Malawi Metro News has information that former state president and DPP leader, Peter Mutharika and Leader of Opposition in Parliament, Kondwani Nankhumwa, have separately submitted names to the office of the Speaker, Catherine Gotani Hara, as to who should replace Kaunda as DPP’s chief whip.

Sources say Nankhumwa appointed Welani Chilenga as the new party chief whip and has communicated the same to the Speaker.

But in a dramatic twist of events, Mutharika also appointed Martha Lunji for the same position.

DPP Secretary General Grizelder Jeffrey is said to have written the Speaker on Chilenga’s appointment, in accordance with Standing Orders of Parliament which recognise secretary general of a political party to communicate on such appointments.

Jeffrey is on Nankhumwa’s side which does not see eye to eye with Mutharika, with whom they recently tussled in court.

When we called Jeffrey to confirm her submission to Parliament, she said she was chairing a meeting and that she would call back for a comment while party spokesperson Brown Mpinganjira was not immediately available.

Parliament spokesperson, Ian Mwenye, confirmed that the Speaker received communications from DPP and she was yet to resolve the matter.

Political analyst Enerst Thindwa has described recent developments in the former ruling party as a result of failure to manage internal conflicts and personalisation of political parties.

“It is all about power contestation within DPP hierarchy, which is a tragedy for not only DPP but also for Malawi democracy as our political parties have over the years demonstrated lack of capacity to manage internal conflicts which adversely implicates on their role as a bridge between citizens and government.

The 2021/2022 budget meeting of Parliament starts on Wednesday May 12, 2021 and it remains to be seen how the Speaker will resolve the matter.

Recently, the High Court in Lilongwe terminated mediation talks between DPP and Nankhumwa General Jappie Mhango and Mulanje West legislator Yusufu Nthenda after they were sacked from their positions and the party.