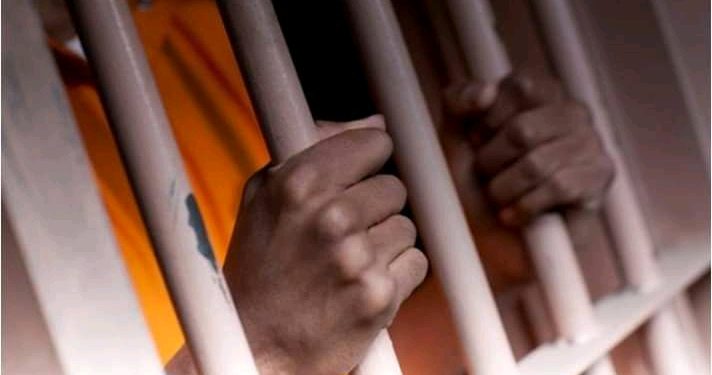 0
SHARES
508
VIEWS
Share on FacebookShare on TwitterShare on Whatsapp

The First Grade Magistrate’s Court in Dowa has sentenced a 42-year-old man, Tsoka Baloni, to 18 months imprisonment with hard labour for attempting to sodomise another whilst in police custody.

State prosecutor, Sergeant Joseph Banda told the court that during the night of April 25, 2021 while in police custody, Baloni attempted to sodomise Bauleni Meke, against the order of nature.

Banda further said that the victim was arrested for a case of theft while the convict is answering a case of incest.

When the victim shouted, all other suspects who were in custody woke up and the matter was reported to police officers who were on duty during that night.

Appearing before court, the convict pleaded guilty to a charge of attempted sodomy contrary to Section 154 of the Penal Code.

In his submission, state prosecutor Sergeant Joseph Banda asked the court to pass a stiff punishment to the offender saying the offence committed is serious in nature and that the offender was answering another case of incest, signifying that he does not want to change his behaviour.

Passing the sentence, Magistrate Amran Phiri concurred with the state and sentenced him to 18 months imprisonment with hard labour.