I don’t know why Mutharika’s accounts were frozen – Chakwera 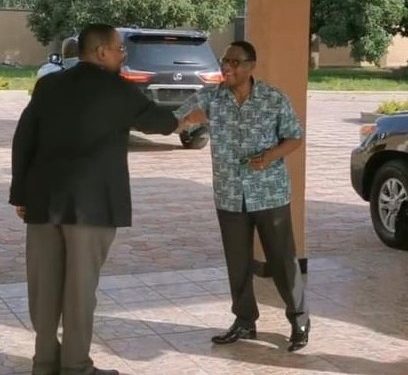 President Lazarus Chakwera has claimed that he does not know why former President Peter Mutharika’s accounts were frozen.

He made the remarks in an interview with a local television station on Saturday.

The president during the interview was asked to respond to Mutharika’s claims that the Chakwera administration is persecuting him by freezing his accounts.

In his response, Chakwera said he does not even know the accounts which were frozen.

“I don’t know what is in the accounts and why the ones who froze the accounts made that decision,” said Chakwera.

He, however, said Malawi is a country of laws and if there is evidence that laws were broken in freezing the accounts then the courts should ensure that the laws have been followed and not aim at persecuting a certain person.

“Since the case is in court, the former President has all the rights to use necessary procedures to follow up on the issues,” said Chakwera.

The president added that he (Chakwera) is also subject to court rulings because Malawi is guided by laws and not what a certain person says.

Mutharika’s accounts were frozen by the Anti-Corruption Bureau in August last year when the bureau started investigating Mutharika over the K5 billion cement scandal where the former Malawi leader’s taxpayer pin was used to import bags of cement duty free.

The ACB froze two accounts; one that is solely owned by the former president and another, a joint account with his wife former First Lady Gertrude Mutharika.

Efforts by Mutharika’s lawyers to have his bank accounts unfrozen have proven unsuccessful.

Last month, Mutharika said the government was persecuting him by freezing his accounts.

“The aim is simply to create hardship on me. Even the account where my retirement package comes in, that account is closed. So, my retirement benefits cannot come in.

The idea is to make me totally incompetent financially to make me impossible to support the DPP (Democratic Progressive Party), and therefore to destroy the DPP and make a one-party dictatorship,” he said.