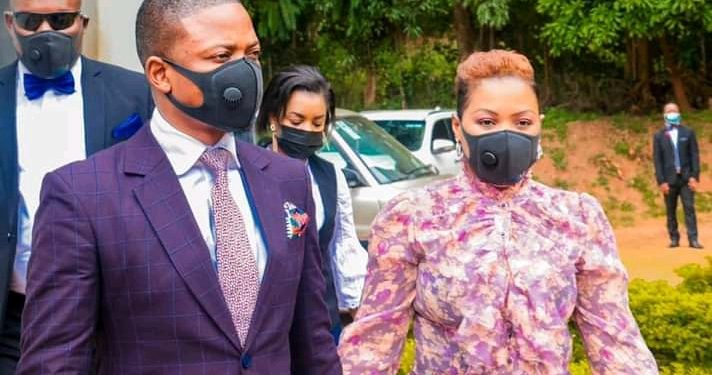 0
SHARES
94
VIEWS
Share on FacebookShare on TwitterShare on Whatsapp

Chief Resident Magistrate Patrick Chirwa has dismissed an application by Shapherd Bushiri and his wife Mary who wanted their extradition case dismissed.

The court has also dismissed another application by the Bushiris that was asking the Court to refer the matter to the Chief Justice for consideration that it should be heard at the Constitutional Court considering it’s nature.

Delivering his ruling, Chirwa described the application by the defense as misplaced and ill conceived.

According to Chirwa, Malawi has an Extradition Act that is applicable on South Africa’s case.

Initially, Defense lawyer Wapona Kita had argued that the State was using SADC protocol as means for extradition when Malawi has not yet ratified the treaty.

Patrick Chirwa has dismissed a third application by the Bushiris.

Lawyer for the Bushiris, Wapona Kita wanted the court’s review on the issue that the state has not served full disclosures of the evidence.

Kita says documents relating to the private jet that the South African court charged the Bushiris 5 counts with do not appear in the disclosures.

But Chirwa dismissed this too saying the defense can raise the issues in the submissions.

He went further to declare 4 June as a day hearing of the Extradition case shall commence.

Meanwhile, Kita says he has been instructed by his clients to appeal the decision by the magistrate court to the high court.