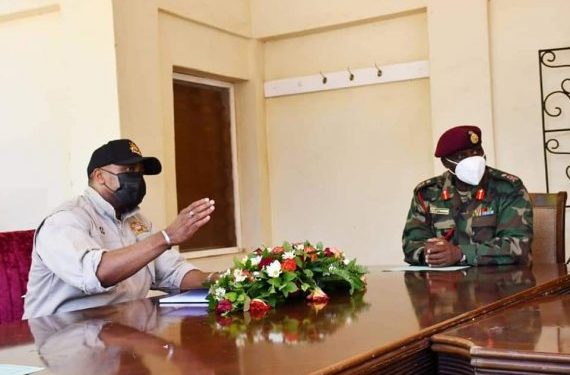 0
SHARES
73
VIEWS
Share on FacebookShare on TwitterShare on Whatsapp

Vice President, Dr. Saulos Chilima has faulted poor planning and lack of coordination in the execution of some projects in the country resulting in unnecessary delays and loss of financial resources.

He made the observation in Mangochi Tuesday after inspecting Maritime housing project at Monkey Bay and the 800-hectare Nkopola Irrigation Scheme in Senior Chief Mponda’s area.

Chilima described the maritime housing project as “a sad story” owing to the fact that it was embarked on eight years ago and is yet to finish if funds will be made available to the contractor.

“The maritime housing project is a sad story; taking eight years to finish construction of 43 houses is not realistic, we probably need to do better,” he said.

Chilima observed poor coordination between different entities in the project and he advised that before starting such projects, “we should make sure that money and plans are tallying”.

The Vice President observed that the project has accumulated a bill of K340 million over the years from the initial bill of K270 million due to increase in prices of construction materials.

Chilima has since made an assurance that government would facilitate completion of the project in the next six months so that the men and women in uniform are well accommodated.

On the other hand, Nkopola Irrigation Scheme, which was embarked on in 2003 with US$10 million funding from Arab Bank for Economic Development in Africa (BADEA), stalled as government owes the contractor, SAWA Group, K1.6 billion.

The Scheme’s Engineer, Geoffrey Mamba, told the Vice President that BADEA’s funding for the project was 79 percent and that Malawi’s government funding was 21 percent, part of which is the K1.6 billion government owes the contractor.

The Scheme is currently disconnected due to an accumulated electricity bill of K19 million and this has left small scale farmers who were using a small part of the scheme despondent.

Chilima applauded the idea of having “such a huge investment” but he said lack of collaboration among concerned players has contributed to its collapse.

“We need to have better collaboration as we go forward and let’s have our game plan intact so that once we settle the arrears we are ready to go,” he said, adding, “We can’t just write off a US$10 million investment, we should support this project and reap the benefits of our investment.”

The Scheme’s Smallholder Farmers’ President, Phillip Mkwera, claimed that Escom charges the scheme a constant bill of K2.5 million every month and that any costs incurred after using the pump engine to pump water is added on top of the constant bill.

“We find this unsustainable because even without using the pump we still have to pay K 2.5 million, this is how the K19 million bills in arrears was accumulated,” he said.