CAMA and MRA dispute on price increase of cooking oil 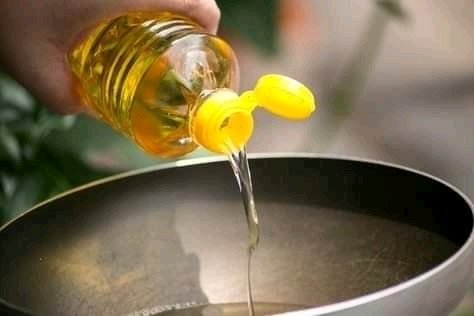 0
SHARES
73
VIEWS
Share on FacebookShare on TwitterShare on Whatsapp

Consumer Association of Malawi (CAMA), in collaboration with Malawi Revenue Authority (MRA), says manufacturers should not continue to attribute that the current price increase of refined cooking oil is due to the 16.5% value added tax (VAT) which government re-introduced last year.

At a press conference held at College of Medicine Sports Complex in Blantyre on Wednesday — which was also attended by representative of the soon-to-be registered cooking oil manufacturers association — CAMA executive director John Kapito said according to their findings, the increase in the price of the commodity is due to many factors.

Kapito made a presentation of the prices on three brands of cooking oil as of February since the VAT was effected that showed a 38% increase for a 5 litre bottle that was at K5,400 before VAT but it was adjusted to K7,438.

Kapito said in 2015, CAMA successfully championed for government to remove VAT from cooking oil with the intention that prices can go down for the rural masses to afford the commodity, which is enhanced with Vitamin A.

“But within six month acts after VAT was removed, prices of the commodity still increased — which showed that other factors played a hand since most of the manufacturers actually just import crude oil and just refine it.

“The price increase should not be justified that it’s coming from the VAT because if it was then it should have been at 1.6%. But here we see increase of 52% for Mulanje and 38% for Kukoma just for a 500 liter bottle,” Kapito said.

He said he was surprised it was the manufacturers themselves who are concerned with the inclusion of VAT when it should have been the consumer — who is the one paying the VAT while the manufacturers are just facilitating the process.

He said manufacturers claim the VAT they pay for the customers, which is calculated from the projected sale of the project after the cost of the raw material.

MRA Head of Corporate Affairs, Steven Kapoloma agreed with Kapito, saying the prices of cooking oil shouldn’t have gone up that much because of VAT but could have been as low as 10%.

He disclosed that manufacturers — including those in the cooking oil business — enjoy tax for industrial materials that exempt them from paying import duty such as the crude oil.

In her presentation, representative of the manufacturers, Mrs. Patel of CORI, while strongly maintaining that VAT played a hand, however contradicted herself by disclosing that cooking oil smuggling from neighbouring countries also affected their business.

She asked the authorities to take strong measures against the smuggling trade along the neighbouring borders which she claimed to have increased due to the inclusion of VAT on cooking oil.

She said the smuggled commodity is lower in price and thus consumers  opt for it than their own products, whose volumes she claims have drastically declined.

But Kapoloma also disputed this, saying their fight against smuggling of any commodity is their priority and that they have dedicated patrol units that are plying along the borders of Mozambique operating from Muloza in Mulanje.

Kapoloma said since they intensified the patrols, they have intercepted lots of smugglers and confiscated many tonnes of cooking oil.

While the manufacturers maintain the prices.