NO SACRED COW IN CHAKWERA’S FIGHT AGAINST CORRUPTION 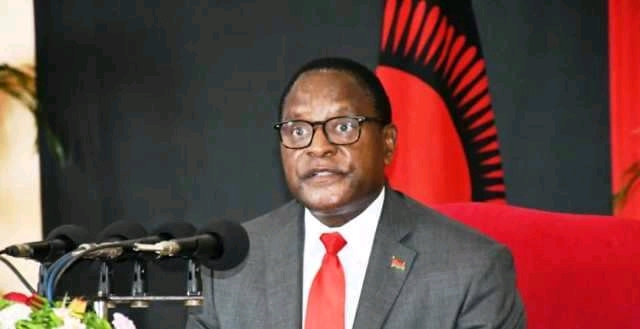 President Dr. Lazarus Chakwera has dropped Minister of Labour Ken Kandodo from his cabinet for his alleged use of K613, 000 worth of COVID-19 funds for allowances on a foreign trip that had no bearing to the country’s response against the pandemic.

Disclosing this during a national address on Sunday evening in Lilongwe, Chakwera said there will be no sacred cows in his Administration’s fight against corruption.

“Even though the Minister has returned the money, his usage of the funds means that the money was unavailable for its intended purpose when it was needed most,” he said.

He said at the time of the address, over a dozen people had been arrested for their suspected involvement in the plunder of K6.2 billion COVID 19 funds.

“…I can assure all of you that there is no place on earth where these criminals will hide,” said Chakwera in part.

While commending people in the country for their active citizenship in fighting the vice, Dr. Chakwera assured of his Government’s resolve in locating anyone involved for the law
to take its course. He said the audit report marks the beginning of many more to come on the use of public finances.

Dr. Chakwera has further directed that all public officers under whose watch the abuse of COVID-19 funds occured be suspended without pay.

He said all companies and individuals named in the audit report must stop supplying goods and services to government with immediate effect.

President Chakwera has further asked the judiciary to expedite the trial of those named in the report, while declaring war on everyone involved in defrauding government.

“If you are in that boat, then you can count me and my Administration your enemies, because I will fight you until you are defeated, no matter how long it takes.”

Dr. Chakwera has since described those who scheme to defraud Government as traitors fit for jail.

“Mark my words, if the finger of evidence points to you as one of the thieves who stole COVID money for saving lives while hundreds of our people were dying of COVID, you are going to prison,” he added.

An International Charity Organization, Oxfam Malawi has called for speedy recovery of money that has been lost due to massive Covid19 funds plunder.

Through its press statement released on Sunday evening, Oxfam is also calling for prosecution of culprits exposed in the 6.2 billion kwacha Auditor General’s Investigative Report.

Speaking to Metro Online, Lingalireni Mihowa Oxfam’s Country Director said there is need for urgency to cleanse the country of culture of theft, bribery, corruption and impunity that has
been entrenched and continues to bleed the nation of its much-needed resources.

She added that the Auditor General’s report should present government with an opportunity to clean its rotten systems.