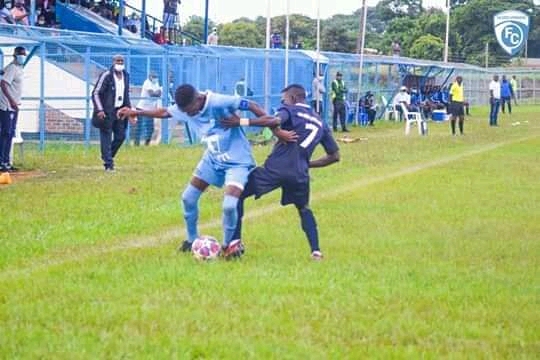 Mafco scored the first goal in the 13th minute through Joseph Donsa before Zikani Sichinga added another one from penalty spot three minutes later.

Part of the game
Warriors pulled one back from the penalty spot through Suzgo Mwakisinga, seven minutes after the start of the second half.

They, however, failed to get the equalizer and Mafco won 2-1.

Dan Chimbalanga who received a red card towards the end was voted man of the match.

In an interview, Coach for Mafco Temwa Msuku said his side took advantage of Warriors’ defensive weaknesses.

“We knew Warrior is weak especially at the back so I told my boys to use that advantage.

We played under pressure after Hammers’ penalty but we managed to beat them,” he said.

Warriors coach Gilbert Chirwa said they will work on their weaknesses.

The soldiers have played 13 games and have amassed 21 points while Warriors are on position 16 with 8 points.