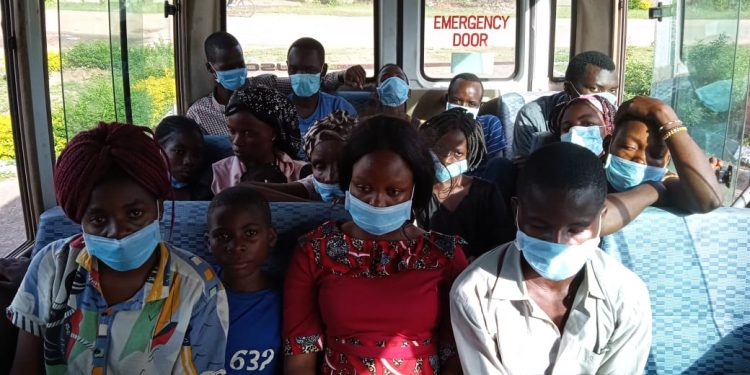 The Department of Immigration and Citizenship Services in the Northern region referred 16 Asylum seekers to Karonga refugee transit shelter on 17 April,2021 for failure to comply with asylum seeking procedures in Malawi.

Amoungst the 16, 5 Burundians were arrested in Nkhatabay and the court ordererd that they should be referred to Karonga transit shelter, 11 Congolese nationals boarded a bus from Karonga enroute to Dzaleka Camp and immigration officers at Phwezi roadblock intercepted the migrants.

Officers based at Karonga district immigration office who were at Khwawa immigration check point in collaboration with the community members around the locality managed to arrest other 3 Congolese nationals in the morning hours of 17 April,2021.

All the 16 have been referred to Karonga Transit shelter for further scrutiny as to whether they qualify to seek asylum at Dzaleka refugee Camp in Dowa where Malawi government through United Nations High Commission for Refugees Department grant asylum seekers permission reside at the camp.

The Immigration Department and Citizenship Services has been having an influx of illegal immigrants and asylum seekers who use unchartered routes to enter in the country through the Northern Region areas.a development that forced the department to tighten the migration nuts and conduct patrols around the Northern region areas.

The Department also establish Check points at Songwe, Khwawa, Phwezi and another one at Mzimba to track illegal immigrants with the aim of guarding the current n future generation from importsation, further spread of cross border diseases like Covid 19, loss of government revenue from various immigration services, hosting of people whose backgrounds are not known,scramble for resources,business competitions and loss of jobs for the natives.