CRIME RATE DOWN BY 41 PERCENT IN NDIRANDE 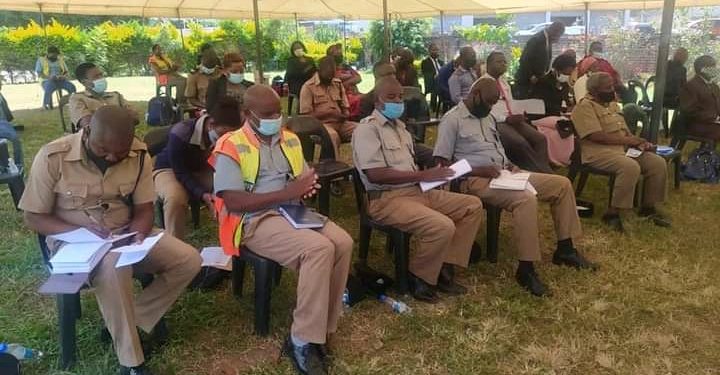 Ndirande Police Station says crime has reduced by 41 percent in Ndirande Township in the first quarter of the year as compared to last year’s record.

Mike Chona, Assistant Commissioner of Police and Officer In-charge for Ndirande Police, says cordial relationship with the community has significantly contributed to crime reduction in the high-density location.

“We’re having this Station Executive Committee (Sec) Meeting, to review how we have performed in the past three months and maybe see how we forge ahead.

“In the period under review, we have reduced crime in Ndirande Township by 41%, which is quite significant but we’re not satisfied. That’s why we’re having this meeting because we want to do more. At least we should be talking of a 70 percent reduction in the foreseeable future, resources allowing we’ll do that,” said Chona.

Chona speaks highly of his officers who are always in the line of duty.

“We have a very strong team. We deploy our officers in all areas that are prone to crime. Officers are patrolling those areas and that has reduced the rate of crime in fact, much better now.

To be honest, the community has been very cooperative and the police are collaborative as well. So this joint venture is helping us,” said Chona.

The Officer-in-charge has highlighted transportation as one of the key challenges the station is facing but was quick to point out that currently, they are managing within the available means.