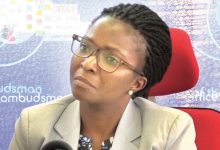 The Public Accounts Committee (Pac) of Parliament is from today expected to start a public inquiry into the way government officials used the K6.2 billion funds released in August last year meant to help in the fight against Covid.

The probe by Parliament comes at a time the National Audit Office (Nao) is yet to release results of the forensic audit into the matter despite the expiry of the 30-day directive which President Lazarus Chakwera gave.

Pac Chairperson Shadreck Namalomba told Malawi Metro News that the committee would start the public inquiry by meeting the Ombudsman Martha Chizuma, who produced an investigative report on the matter.

In November last year, Chizuma released a Report titled ‘Misplaced Priorities: A report on an Investigation into Allegations Concerning Lack of Transparency and Accountability in The Implementation of Malawi’s National Covid Preparedness and Response Plan’.

Among other things, the report indicated that a good chunk of the K6.2 billion went towards allowances and not the purchase of equipment meant to help in the fight against the pandemic.

Namalomba said Pac would also meet stakeholders such as RBM, the Department of Disaster Management Affairs and all the people that the committee would deem crucial to conducting the inquiry.

Namalomba said he was disappointed that Nao was delaying to release the forensic audit report.

“The 21 days we gave them came to an end some three weeks ago. When we met them, they told us that the report would be released last Friday. But we still have nothing.

“We expect that they will give us that report so that it helps us in the inquiry,” Namalomba said.

On February 22, Chakwera gave Nao one month to conduct a forensic audit on the matter.