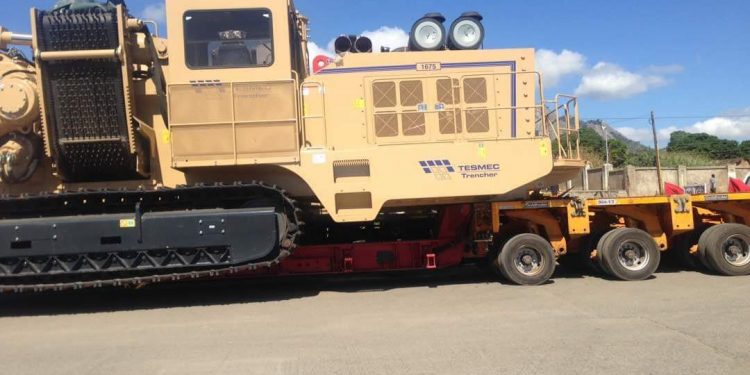 0
SHARES
89
VIEWS
Share on FacebookShare on TwitterShare on Whatsapp

There are growing calls for completion of public projects that have stalled for many years in the country.

This is after members of community from Zomba recently petitioned parliament to move for urgency with the Zomba- Chingale road which is taking decades to complete.

Now, latest calls have resurfaced for urgency in the Salima- Lilongwe-Water Project which has not been taking shape.

However, Richard Chimwendo Banda, Leader of the house has insisted that government will ensure that the project is completed.

In January this year, controversy ensued over the Salima – Lilongwe water project as government and contractor Khato Civils disagreed on materials to be used in the project.

This was after MacDonald Mwale, Director of Economic Affairs disclosed that, Khato went against the contract where it was agreed to use Ductile Iron Pipe in the project.

He said that Khato has been opting for Mild steel pipes which are manufactured in South Africa, a thing that has not gone well with government as it is not part of the contract.

However on his part, Mongezi Munyani, Khato civils leader of delegation said they opted for Mild steel pipes as they are affordable as compared to the pipes being requested by the Malawi government which are very expensive.

The Lilongwe-Salima Water Supply Project has in the past failed to roll out as it has been marred by controversies for years. The civil and legal issues surrounding the project implementation have since been resolved.
___________________
Details about the project

Khato Civils and South Zambezi Engineering Services, another South African engineering firm, will build a water intake in Lake Malawi. The intake will pump up to 50,000 cubic meters of raw water per day, through a 50-centimeter diameter pipeline to a new treatment plant situated about 2 kilometers away.
Three reservoirs, each with a capacity of 5,000 cubic meters, will hold the water before it is distributed to the populations of Lilongwe and surrounding localities through a combined distance of 111-kilometer pipeline.
The government of Malawi, through the Lilongwe Water Board (LWB) will finance the project. Lilongwe Water Board has already pumped in about US $17 million into the project.