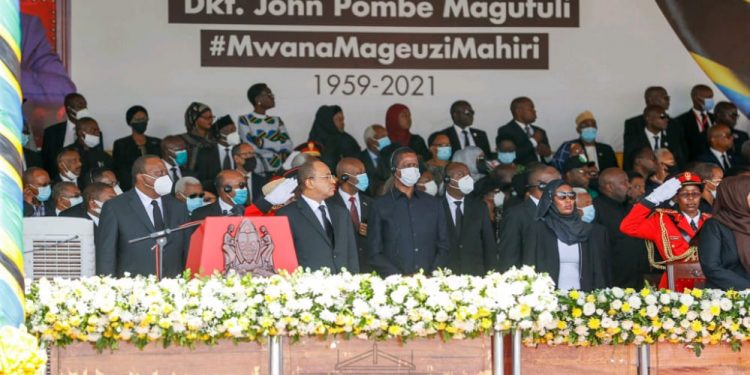 President Uhuru Kenyatta was on Monday forced to cut his speech at the Jamhuri Stadium in Dodoma, Tanzania after the Muslim call to prayer during the funeral mass of John Magufuli.

Uhuru who was eulogizing the late president John Magufuli temporarily stopped his speech for two minutes from 12.53 pm to 12:55 pm in honour of the Adhaan in a nearby mosque in Dodoma.

Tanzania is observing 21 days of mourning after the death of its fifth president while Kenya is marking his death by flying flags at half-staff and observing a seven-day national mourning period.

Uganda is observing 14 days of mourning and flags will fly at half mast within the country and at its embassies around the world until after the burial.