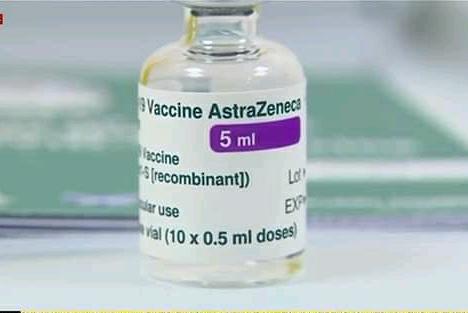 A religious grouping under the banner Freedom of Worship Association Movement has advised president Chakwera to seriously look into global reports that the AstraZeneca vaccine is causing blood-clot.

Reports by international media outlets like Al Jazeera have indicated that over 30 people in Europe have developed blood clots after being inoculated AstraZeneca vaccine.

Currently, countries such as Spain, France, Germany, Indonesia and Italy have suspended the roll out of the vaccine due to varied side effects, with blood clotting dominating the reports.

However, when speaking to Malawi Metro News, Prophet David Mbewe, President of the Association questioned why only ordinary citizens are developing complications when leaders of those countries have received the same vaccine.

Mbewe while faulting lack of proper study on the vaccine in the country has challenged government to assure the citizenry that they will receive the same vaccine they received.

Recently, Khumbize Chiponda, Minister of health made a statement insisting that a local study has found out that there are no negative effects of the vaccine for the people that have so far received the jab including President Chakwera, Vice Saulos Chilima and ex leader Bakili Muluzi.

Earlier this month, Malawi received 360,000 doses of the AstraZeneca vaccine through the global Covax facility on March 5.

Sixty thousand health workers will be among the first to be vaccinated. It is expected that 3.6 million people will be vaccinated in the first phase.