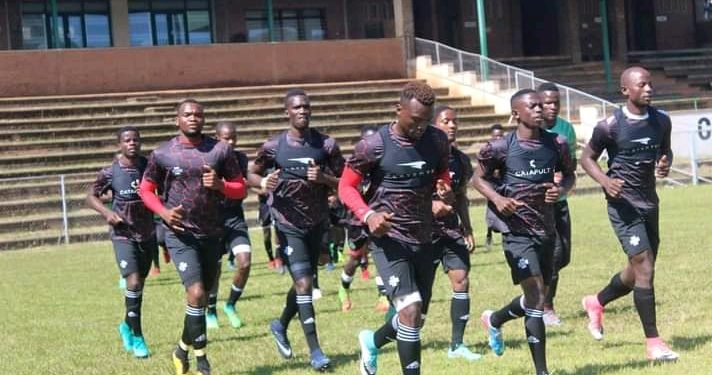 Flames Coach Meck Mwase has named a 28-man squad for the two 2022 AFCON qualifying matches against South Sudan and Uganda later this month.

The squad comprises of 16 locally-based and 12 foreign players.

The locally-based players will leave on Monday morning for Bahir Dar, Ethiopia for a friendly match against the country’s national team on Wednesday.

Mozambique-based duo of captain John Banda and Schumacher Kuwali are already in camp and will play the Ethiopia match alongside Ethiopia-based Robin Ngalande.

The rest of the foreign players will fly directly to Sudan.

The Flames will play South Sudan away on March 24, before hosting Uganda’s Cranes on Monday, March 29 at the Kamuzu Stadium.

Mwase said his charges are prepared to win the two matches which is a must if the Flames are to qualify for the 2022 AFCON.

The Flame are third in Group B with four points, four behind leaders Burkina Faso and three behind second-placed Uganda. South Sudan are bottom placed with just three points.

“I would like to thank FAM for allowing us to camp for three weeks with local players.

“It is very hard playing away and we have not done well in away matches but the Sudan match is a must win if we are to qualify. We have just scored one goal in the four matches we have played and our plan for the two matches is to score more goals.

“People are expecting a lot from us and we have worked hard to go and win these matches and qualify for the AFCON,” said Mwase.