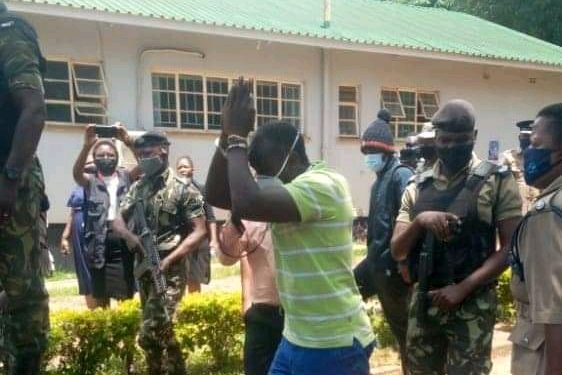 Chief Resident Magistrate Patrick Chirwa has adjourned to a later date, a case in which Stuart Kalungama is accused of defiling his 9-year-old step daughter.

This follows an application by Kalungama’s lawyer Edward Chapalamuka to allow the suspect to seek medical attention.

Magistrate Chirwa begun hearing the case on Monday morning, but Kalungama through his lawyer Edward Chapalamuka asked the Court that the case be adjourned on basis that Kalungama is not feeling well.

“My client reported to me on Saturday that he is not feeling well, though I am not a medical expert, he has complained to me that he having acute diarrhoea, persistent headache and extreme dizziness.

“And if the accused is denied access to medical attention what if he collapses in the course hearing the trial, to whose blame will that be, the State of the Court,” said Chapalamuka.

But the State earlier objected the adjourned application arguing that the Defense is playing around with delaying tactics since the suspected could have been handled with prison authorities.

Kalungama was arrested a couple of weeks ago after his stepdaughter disclosed that he being defiling her.

“The State was ready to prosecute the accused person, but there was an application that was made by the Defense Counsel who said that his client is not feeling well, so let’s wait and see,” said Eunice Ndingo, one of the lawyers representing the State.

However the State objected the application arguing that the Defense is trying to play around with delaying tactics in the case.