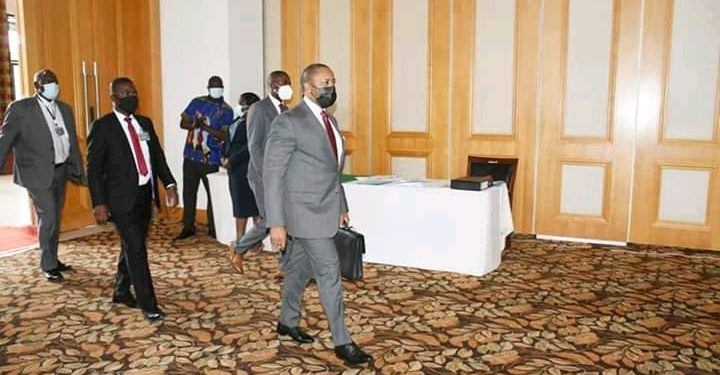 The Public Service Systems Review Taskforce says it’s making significant progress on its assignment and will be able to deliver its findings within the specified 90-days period, the Taskforce announced Friday in the capital Lilongwe.

The Taskforce is made up of five sub-committees that were set up during its first meeting of February 25, 2021. In Friday ’s meeting, the sub-committees – (i)Procurement (ii) Allowances (iii) Employment Contracts (iv) Conditions of Service (v)Restructuring of the Public Service – presented their fact-finding reports to the Chairperson of the Taskforce, Vice President Dr. Saulos Klaus Chilima.

The statement says through the preliminary reports, the sub-committees reported progress, updates and that they were on track in fulfilling their tasks within an internally agreed
timeframe by the Taskforce.

“In the meantime, the Taskforce has resolved that once, through the sub-committees, it encounters areas of grave concern – it will not hesitate to report and recommend to President Dr Lazarus Chakwera, in order to prevent further rot and damage to the economy.

“The same will apply when the Taskforce envisages quick-wins and intermediate deliverables. Overall, the Taskforce is assuring the general public that it will deliver a comprehensive
Recommendation Report to the President within 90 days as mandated,” reads the statement in part.

Meanwhile, the Taskforce appreciates the input that the general public and stakeholder groups are giving towards the assignment.