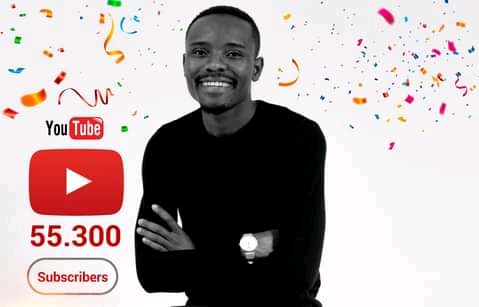 Dr Patience Namadingo yesterday took it to his facebook page to thank fans for becoming the most subscribed Malawian musician on YouTube and making his song ” Mapulani ” the most viewed Malawian Music video on YouTube.

Namadingo expressed his joy: ” It feels good to be in the top three”.

“All Malawian owned YouTube channels listed not based on music we sit on 2nd position as Prophet Shepard Bushiri sits on number position 1. Malawi Music.Com Nyimbo zachimalawi at third place followed by Zodiak ( ZBS) online at 4th place. Really feels good to be in the top 3 still”, he said.

The talented artist and humanitarian, Namadingo strongly believe that views will continue to add and culminate into tremendous results.

” We hold the most viewed music video from Malawi at 2. 4 million views with song ” Mapulani” in less than a year which is quite good money from YouTube to us. The 3rd Malawian video to hit 1 Million will also come from our channel. Pefekiti is at 834, 000 views in just 2 months more Dollars in the bag coming our way. Thank you NAMAFANS 🇲🇼🇿🇲 you are making it happen these numbers will multiply in the SADC 2021,” he said.

Namadingo has 545 ,000 likes and 41 followers on his Facebook page named “Dr Namadingo”.

One of the fans who commented on the post, Precious Chilaga , advised Namadingo ” you can do better by stopping uploading your tracks on Facebook , direct your fans to YouTube for videos, that is what international artists do to generate more revenues from YouTube”.