Magufuli believed to be receiving Covid treatment in Kenya

by Zinhe Moyo
in International
0 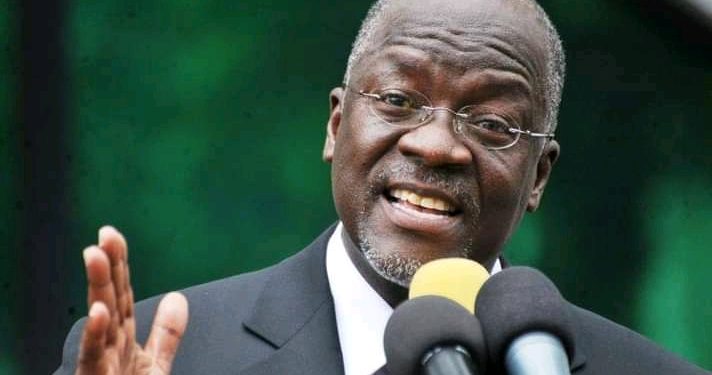 Tanzania’s President John Magufuli is being treated in hospital in Kenya and is in a critical condition, opposition leader Tundu Lissu has told the BBC, citing well-placed sources.

He has had coronavirus and a cardiac arrest, Mr Lissu said.

Mr Magufuli, who has not been seen in public for 11 days, has faced criticism for his handling of Covid-19.

The East African nation has not published its coronavirus cases since May and refuses to buy vaccines.

The 61-year-old president has called for prayers and herbal-infused steam therapy to counter the virus.

Earlier this month, at a funeral for a top presidential aide, Mr Magufuli said Tanzania had defeated Covid-19 last year and would win again this year.

The aide died hours after the vice-president of the country’s semi-autonomous islands of Zanzibar, who was being treated for Covid-19.

Mr Lissu said he had been told that President Magufuli was flown to Kenya for treatment at Nairobi Hospital on Monday night.

The BBC has not been able to independently confirm this.

There has been no official response from the government, which has warned against publishing unverified information about the Tanzanian leader, who was last seen at an official event in Dar es Salaam on 27 February.

Mr Lissu told the BBC that the government’s silence was fuelling rumours, was irresponsible, and the president’s health should not be a private matter.

It would not be a surprise to Tanzanians that Mr Magufuli had contracted coronavirus as he had been reckless in the face of the virus, he said.