360,000 doses of AstraZeneca Vaccine arrives in the Country 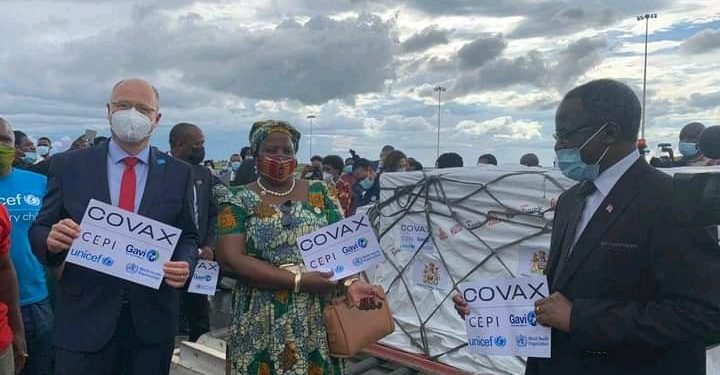 0
SHARES
72
VIEWS
Share on FacebookShare on TwitterShare on Whatsapp

Malawi has today received 360,000 doses of AstraZeneca Vaccine which have been donated under the COVAX facility.

The plane carrying the vaccine arrived at Kamuzu International Airport this afternoon and was welcomed by Government officials including Minister of Health Khumbize Kandodo Chiponda as well as officials from World Health Organisation and the United Nations.

Various officials receiving the plane carrying the Vaccine President Lazarus Chakwera is expected to be the first citizen in the country to receive the Vaccine.

The rollout of the vaccine programme will prioritize frontline workers, the elderly and those with underlying conditions.

In a country where fake news about the vaccine is already spreading, the challenge is to ensure that people being targeted under the vaccination programme accept the jab.

“As a country we need to come together and civic educate everyone about this vaccine. We need people to defend against its myths and fallacies. We need to ensure that our vulnerable population accesses the vaccine. We need to continue to hold hands and fight against this Virus,” said Deputy Minister of Health Chrissie Kalamula in a Facebook post today.